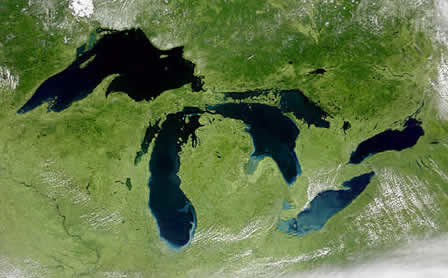 A five-year joint U.S.-Canadian study says water levels on the Great Lakes will continue to drop, in part because of changing weather patterns.

The study does say changes on the St. Claire River like dikes, gates or turbines would slow the water and raise levels on the middle Great Lakes by about 10 inches over 10 years.

A controversial part of this report involves climate change. IJC science director Ted Yuzyl says weather patterns are different: It isn't raining as much in the Great Lakes.

"The Great Lakes haven't been getting the precipitation they used to get as patterns are shifting more to the central part of the continent, and you're seeing major flooding in the prairies now."

U.S. Joint Commission chairwoman Lana Pollack didn't sign the report. U.S. spokesman Frank Bevacqua says Pollack didn't think it went far enough in addressing climate change issues. "She felt that it's only a partial solution at best and it might create false expectations and that it could create other problems as well."

So the future is expected to continue to see more stranded docks, struggling marinas, parched wetlands and shoreline erosion.

The report is not a call for action. Instead, it recommends more study on ways to restore levels on Lake Michigan and Lake Huron.