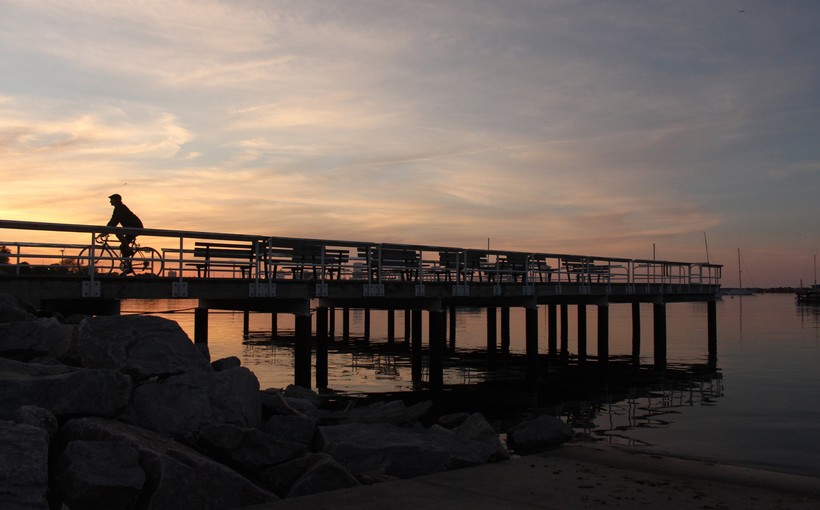 Attorney For Group Says He Hopes Other States Will Weigh In
By Ximena Conde
Share:

Great Lakes water advocates in Wisconsin will get the chance to oppose a water diversion plan for Foxconn’s LCD-manufacturing plant in Racine County.

The Wisconsin Department of Natural Resources approved the plan in April and granted the hearing last week.

The plan calls for the diversion of 7 million gallons a day from Lake Michigan for the Taiwanese company's $10 billion plant in the Village of Mount Pleasant with most of the water slated to return to the lake once it has been treated in Racine's wastewater plant.

Jimmy Parra is an attorney with Midwest Environmental Advocates and said the bulk of the water going to Racine County won’t be for residents, meaning the diversion doesn't comply with a regional agreement between Great Lakes states.

"What we're saying is that the compact requires that the water that's diverted to be used for public purposes," Parra said. "And here it's clearly being sent across the basin line for private purposes."

Parra hopes other Great Lakes states will join in commenting on the Foxconn water plan.

John Dickert is the former mayor of Racine and now heads the Great Lakes and St. Lawrence Cities Initiative, a group of more than 100 elected officials from the U.S. and Canada.

The group supports economic development around the Great Lakes but has raised concerns about the city of Racine's diversion application for Foxconn.

"We don’t need an irresponsible decision being made on withdrawals," Dickert said, adding he and other mayors are watching to make sure regional environmental regulations are followed.

The DNR did not approve the Midwest Environmental Advocates' request for a stay of the water diversion plan.

The agency has previously said the diversion is justified because Racine’s water piping system is for public use.

A date for the hearing has not been set.