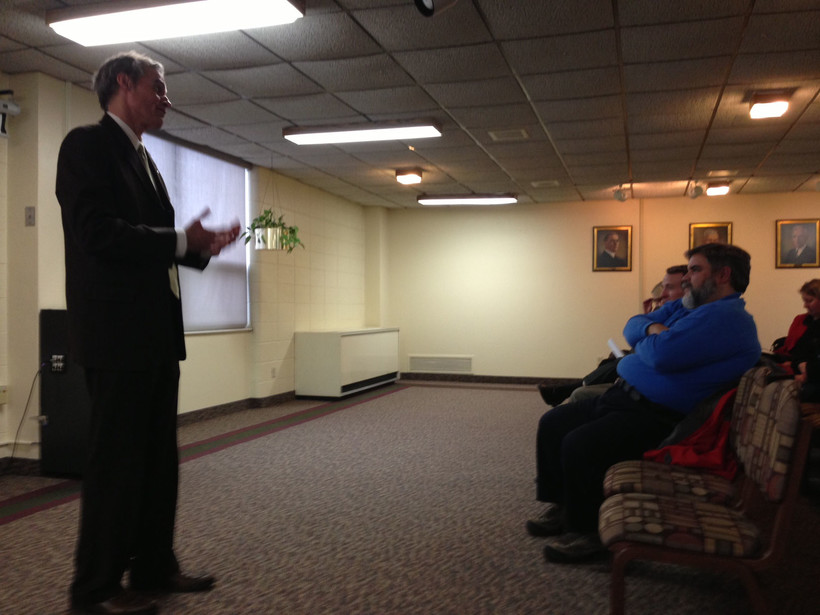 University of Wisconsin officials are hopeful that lawmakers will give them the flexibility to set wages for faculty and staff. They talked about the governor's proposal at an open forum on UW-La Crosse's campus on Thursday.

A roomful of UW-La Crosse staff and students was noticeably calmer yesterday than it was last time Governor Walker released the biennial state budget. But people were just as curious, asking UW-L officials and UW System Board of Regents members how the budget will affect them.

The most popular question was about pay raises.

Under the governor's proposal, UW faculty and staff compensation would be set by the Board of Regents and not the legislature.

Board of Regents President Brent Smith says the Regents have been seeking that control for about 30 years.

"In the past, we could say, 'Gee, that's the responsibility of the legislature or some other entity,' and now it's ours, which is good. Overall, of course, we want that, we want that flexibility, we want to be able to do that. But it also has some accountability, more for us to have to do that."

Smith says there's $89 million for block grants in the budget that could go towards a variety of UW needs, including compensation.

According to the UW System, faculty pay is 18 percent lower than what's offered at peer institutions.

University officials also praised the possible increase in UW funding and the elimination of the tuition cap.

(Wisconsin Public Radio is funded in part by the UW-Extension's "Broadcasting And Media Innovations" program; the budget changes described in this story could affect WPR.)