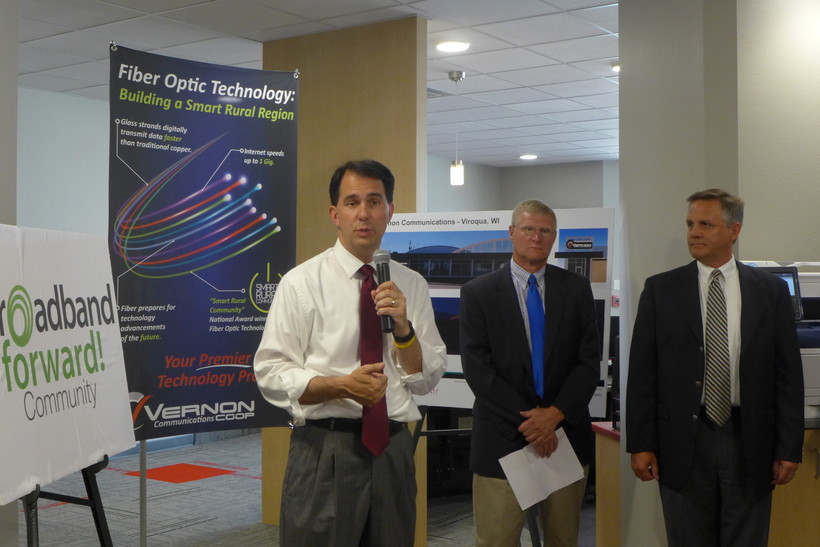 Gov. Scott Walker said he is continuing to support the Republican National Convention because of his opposition to Democratic presidential candidate Hillary Clinton.

Walker might be speaking at the Republican National Convention later this month. WKOW-TV first reported that the governor had accepted a speaking position at the convention early Tuesday afternoon. At a press conference a few hours later, Walker said announcements would be made the following day, but he said he was willing to speak if asked.

Some Republicans have declined involvement in a convention that could nominate GOP presidential contender Donald Trump, but Walker said he wanted to be involved at the convention.

"On a personal basis, I think that the Republican nominee is a better choice than Hillary Clinton," Walker said.

The governor cited the former secretary of state’s use of a personal email address and private server for government communication as a reason for his continued support of the GOP convention.

"That (incident) suggests poor judgment at a minimum, if not a downright attack at the national security of the people of this country," Walker said.

But some Wisconsin Democrats have compared Clinton's situation to Walker’s use of a campaign email address for county business during his time as Milwaukee County executive.

"It's a bit ironic where the governor had his own email problems and server problems," said Democratic Minority Leader Senator Jennifer Shilling. "I think people who live in glass houses should be careful about throwing stones."

But Walker said the two scenarios are different.

"My email was about political things. It had nothing to do with national security," Walker said. "There were no agents whose lives were put at risk by anything that I or anybody else has done and I didn't put the national security of this country at risk."