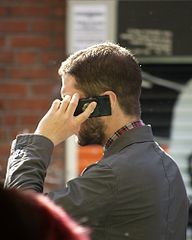 Government's Collection Of Phone Data Based On 1970s Legal Argument

At a U.S. Senate Select Committee on Intelligence meeting in March 2013, the public learned that the National Security Agency was likely collecting data on millions of Americans and had been for years.

In his recent article, “State of Deception: Why won’t the President rein in the intelligence community?," New Yorker staff writer Ryan Lizza examined the current controversy, but also looked at the original case on which the federal government has based its claims that collecting mass amounts of data on phone calls is legal.

The U.S. Supreme Court case, Smith v. Maryland, wouldn't at first blush seem to be the likely basis for governmental data collection -- or spying -- depending on one's opinion on alleged NSA activities.

As Lizza explained, “This all goes back to 1979. There’s a guy named Michael Lee Smith. He robbed a woman and afterward, he started making harassing phone calls to her. The cops went to the phone company and they put a little device on his phone that captured the phone numbers that he was calling and learned that he was indeed calling this woman that he had robbed.”

As a result, the police searched his home and found evidence that he was the thief. He was prosecuted, but Smith contended that because they hadn't obtained a search warrant to access his phone records, their evidence wasn't admissible. The case went all the way to the U.S. Supreme Court, where the justices found that the Fourth Amendment, which provides protection against unreasonable searches and seizures, didn't apply to phone records.

This 1979 ruling, Lizza said, was the basis for the Bush administration’s 2006 argument to the Foreign Intelligence Surveillance Court (also known as the FISA Court) regarding collection of phone call data. Lizza said that their argument was that they had the jurisdiction to collect “not the phone records of one Baltimore robber, but we’re going to collect the phone records of every American, and we’re going to put them together in a giant database. And when we need to search it in a terrorism case, we’re going to be allowed to search it.”

The FISA Court agreed with the Bush administration's argument, and Lizza pointed out that when former NSA contractor Edward Snowden leaked information regarding surveillance on Americans' phone records, “the Obama administration … used the same justification to say that the program is legal.”

But a federal court ruling handed down on Monday doesn't support that long-held assertion. (The complete ruling can be read here.) Lizza said that the ruling cites the vastly different technological landscape today compared to 1979, and that “it’s not even reasonable to use that case.”

Lizza is sure that the decision will be appealed by the U.S. Justice Department, and according to NPR’s Carrie Johnson, Judge Richard Leon, who was appointed by President George Bush to the federal bench, “has agreed to hold off on enforcing his decision to give the Justice Department time to appeal.”

While it won’t mean an immediate change in policy, Johnson reported that “Colorado Sen. Mark Udall, who has led the charge along with Sen. Ron Wyden of Oregon, in opposing some NSA programs, hailed the decision."