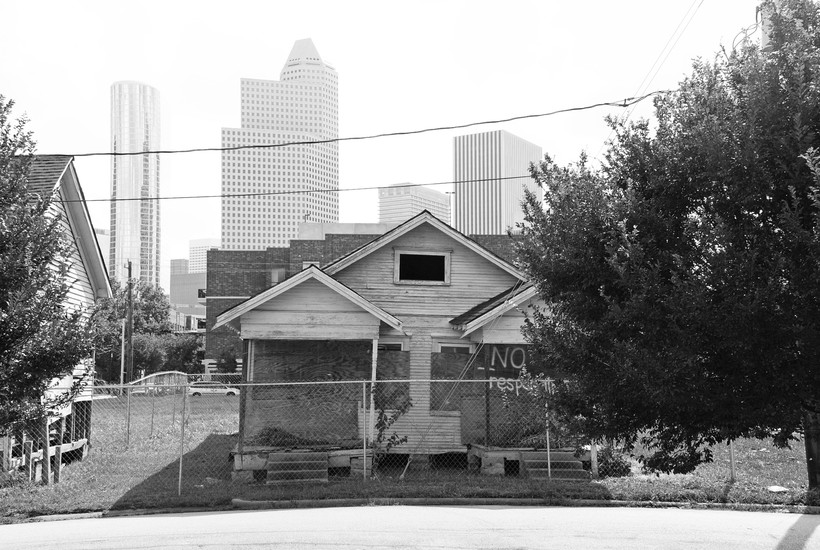 Federal Policies Were Racially Driven From The Earliest Creation Of Public Housing Under The New Deal
By Scottie Lee Meyers
Share:

An economics expert says explicit and racially driven policies at all levels of government created today's ghettos — a word he argues should not be avoided or sanitized.

Richard Rothstein, who is the author of "The Making of Ferguson," a book documenting the history of state-sponsored residential segregation. He said that public housing first appeared in the U.S. in the 1930s during the New Deal, and from the very beginning it was explicitly segregated. Federal policy required public housing projects — which Rothstein said were highly desirable to all races — to be built separately for whites and blacks. In some cases, he said, integrated neighborhoods were demolished to make way for isolated residential areas.

"Harold Ickes, the secretary of interior (who was) in charge of the public housing program in the New Deal, established what he called the ‘Neighborhood Composition Rule,’ which was that public housing should be inhabited by people of the same race in the neighborhood where people of that race lived," said Rothstein, a research associate with the Economic Policy Institute.

The other major federal policy that resulted in the segregation of major metropolitan areas, said Rothstein, was the establishment of the Federal Housing Administration in the early 1930s. The federal government guaranteed loans to builders to create suburbs on the condition that no homes be sold to African-Americans. Rothstein said it essentially led to the suburbanization of the white population, and deliberately and punitively left blacks in public housing.

Industry and employment opportunities left with the white flight, driving up black unemployment rates and leading to the deterioration of public housing conditions. In the suburbs, on the other hand, whites were able to accumulate wealth over generations by earning equity in their homes.

"Most of the wealth American middle class families have today is from their investments in their housing, from the equity they have in their homes," said Rothstein. "Black families who were denied that opportunity and had to continue to live in ghettos gained none of the equity appreciation."

"That difference — and it's an enormous difference — is entirely attributable to federal housing policy that was racially exclusive," Rothstein said.

Rothstein said the term "ghetto" was used commonly up until fairly recently, when Americans seemed to have forgotten the country’s racial history. By abandoning the word, he said it becomes too easy to ignore the way in which public policy has held black families back.

"We want to avoid confronting the reality that every metropolitan area in this country has concentrations of disadvantaged African-Americans living in neighborhoods where they were encircled for many years by public policy, which is very difficult now for them to leave," Rothstein said.