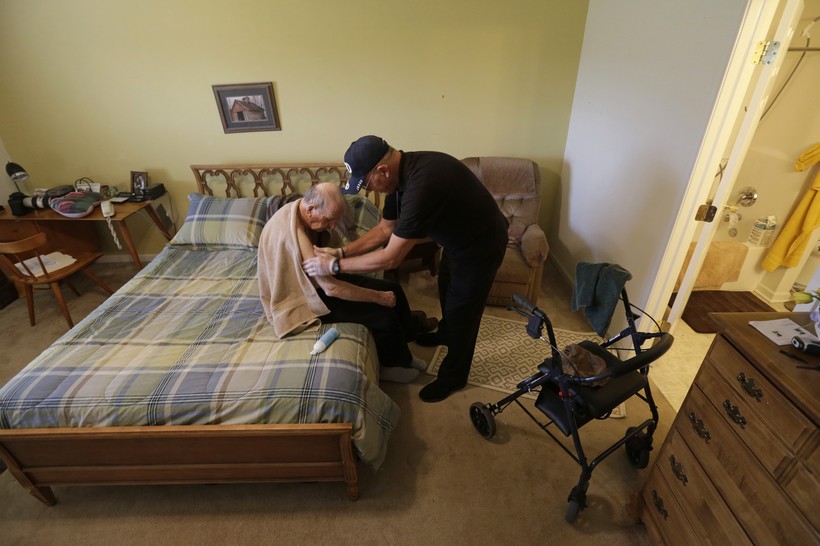 One of the leaders of a state task force on caregiving said without better wages and benefits, Wisconsin won't be able to attract and retain enough paid caregivers to meet the needs of its aging population.

Todd Costello, co-chairman of Gov. Tony Evers’ Caregivers Task Force, said on WPR's "The Morning Show" that the task force is looking at ways to boost pay and benefits, and ensure that employers recognize the toll the job takes on caregivers.

He said the organization he leads, the Community Living Alliance in Madison, is instituting a bereavement stipend for caregivers when one of their patients passes away "so they can get a day off, so they can grieve. But more importantly, I think it's a way to acknowledge the strength and how meaningful that relationship is."

Evers established the task force in February to address the ongoing shortage in caregivers.

The 29-member panel held its first meeting last week in Milwaukee. The next meeting is Friday, Oct. 25.

Costello said the group will also look at how to support family members who care for a relative but aren't paid.

"Our agency hires family caregivers," he said. "We have family members who feel very strongly that they are actually in the best position to provide that care."

Costello said the state budget increased funding for personal care services by $91 million to help people remain in their own homes. He said some of that money can be used to improve wages and benefits for caregivers, which he said are too low to attract and retain enough workers.