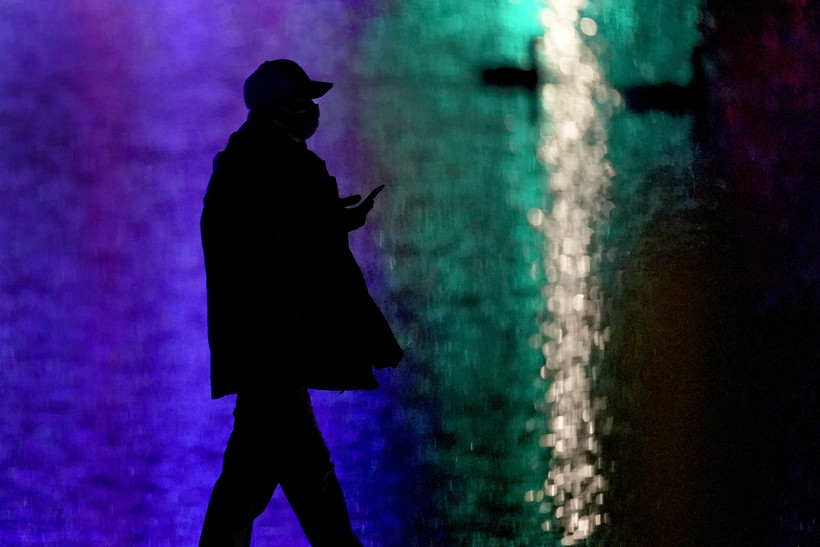 A man wears a mask to prevent the spread of the coronavirus as he walks through a park, Wednesday, Dec. 16, 2020, in Lenexa, Kan. Charlie Riedel/AP Photo

During a Wisconsin Department of Health Services briefing, Evers said the WI Exposure Notification app will assist public health officials working to identify those who have come in close contact with people testing positive for the coronavirus.

"This smartphone app uses Bluetooth technology to let you know if you've been in close contact with someone who has tested positive," said Evers. "Android and iPhone users will see a notification on their phones to download or enable the app next Wednesday."

The app is voluntary but DHS Secretary Andrea Palm said the more people that use it, the more effective it will be. It works when users tell the app if they've tested positive, which sends a signal to other phones with the app alerting the user that they've been in close proximity to a potentially infectious individual.

After a slight decline in the seven-day average of COVID-19 cases in early December, cases were holding steady on Thursday, according to the latest data published by DHS.

DHS reported 3,643 new cases of the disease Thursday, bringing the average for the past seven days to 3,191 daily cases. One week ago, the average was 3,770 daily cases. Despite a brief spike in early December, cases have been declining after peaking Nov. 18.

There were 59 new deaths from COVID-19 reported Thursday. On Thursday, 7,295 tested negative.

Of the people who got tested for COVID-19 over the past week, 27.8 percent were positive for the disease, according to DHS. That rate has been falling since Dec. 3.

On Sept. 30, DHS also introduced an alternative positivity rate, one that measures the percentage of tests that are positive, instead of the percentage of people who get a positive result. The new metric takes into account people who have been tested multiple times. The seven-day average for that number is at 10.3 percent.

According to the Wisconsin Hospital Association, there were 1,410 COVID-19 patients hospitalized as of Wednesday. A total of 19,785 people have been hospitalized because of the disease, or 4.4 percent of all positive cases, according to DHS.

The latest figures bring the overall total of positive cases in Wisconsin to 448,441, according to DHS. A total of 4,255 people in Wisconsin have died from COVID-19.

Wisconsin's daily testing capacity — based on the availability of test supplies and adequate staffing — has grown from 120 available lab tests in early March to 59,735 as of Thursday. The number of actual people with new test results reported Thursday was 10,938.