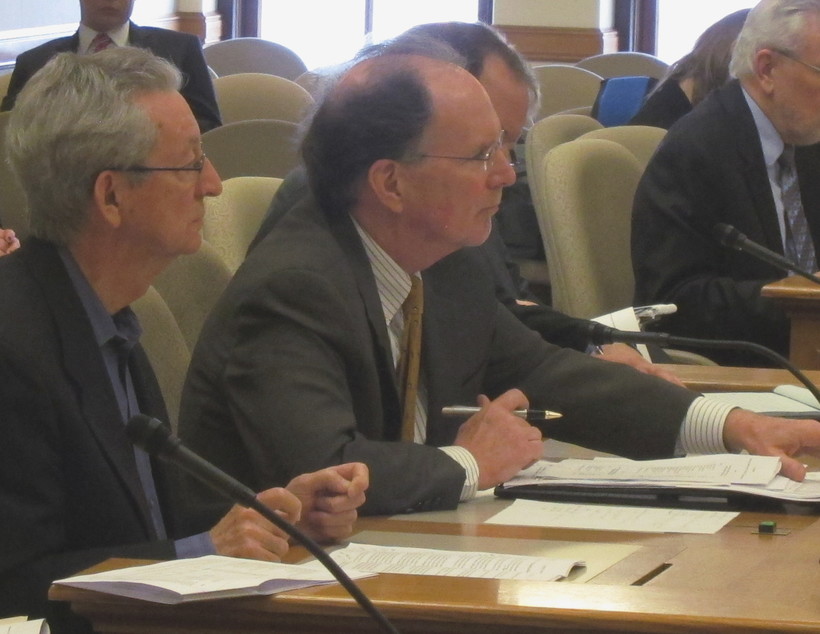 GOP To UW System President: 'You Have Embarrassed The State Of Wisconsin'

While Reilly pledged more transparency in the future, he said the balance was roughly in line with other universities nationwide.

Before President Reilly even had the chance to speak, every Republican lawmaker on the committee delivered prepared remarks that took aim at the UW System. Assembly Speaker Robin Vos (R-Burlington) called it a "piling on that [was] well deserved."

Joint Finance Committee Co-Chair John Nygren (R-Marinette) said UW students who had paid higher tuition to fund these reserves felt like they had been played: "And as a legislator, I can tell you I feel like I've been played over the last few months."

The reserves in question were detailed in a nonpartisan Legislative Fiscal Bureau (LFB) memo from last week. When you take out federal money over which the UW has little control, it showed the system had reserves of roughly $650 million. $414 million of that came from tuition.

President Reilly told lawmakers that the UW should have been more transparent with its books.

Reilly said the real question going forward is what level of reserves the University should have.

"Nobody is saying 'none.' People are saying, 'This is too high. You should have spent it down faster or you shouldn't have collected it at the rate you did.' What's the right level? We'll work with outside people; we'll run that by you before we make any recommendations to the board, and say, 'Let's get a window in there; what we can agree on is the right window to have.'"

The LFB memo from last week said the UW's reserves amounted to roughly 25 percent of the UW's budget. Reilly called that the low end of the norm at universities around the country.

The explanation did not satisfy GOP leaders. Senate Majority Leader Scott Fitzgerald (R-Juneau) questioned why two years ago the UW was warning that it would be forced to make devastating cuts without raising tuition, even as it was sitting on hundreds of millions in reserves.

"How can you sit there and look at that cash balance and say, 'You know what? We're still going to go in and ask for a 5.5 percent [tuition] increase in each year.' I can't imagine what that discussion was like."

Reilly said the System had to plan ahead for uncertainty, including what's likely to be a large drop in enrollment. Senator Alberta Darling (R-River Hills) accused the UW of deliberately hiding the money.

"It looks like a scheme. It looks like you intended to put this money all over so that people wouldn't know what you were doing."

Reilly said that the money was, as it had been predating him, spread out across thousands of accounts throughout the UW. He said the system's message to those academic departments was to be good long-term managers of their money.

"Have enough money on hand to be able to use it for things you need to do for your students and families and don't rely so much as you did in the past on the state's bailing you out."

In terms of what tangibly comes of today's meeting, Reilly told reporters afterward that if the rest of the governor's UW budget becomes law, the system should look at freezing tuition. But Republicans, including Senate President Mike Ellis (R-Neenah), signaled to reporters that they wanted to do more.

"There's a degree of arrogance here on the part of the university. They all think they're Ph. D's and we ought to be working at a Jiffy Lube."

Ellis said the UW System ought to be getting its direction from the legislature and the Board of Regents, and not the other way around. As if to remind the system of that point, Republicans held off on approving a new UW personnel system, which was the reason this hearing was scheduled to begin with.