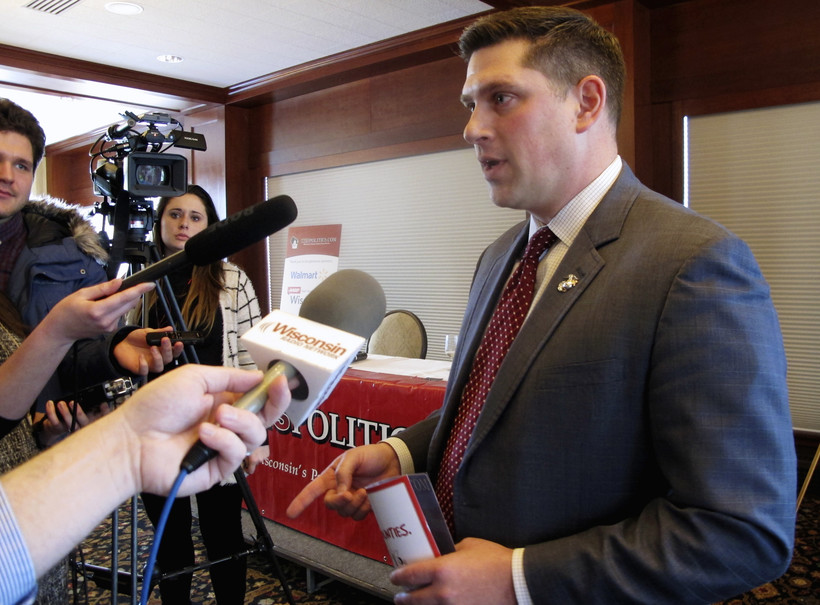 Wisconsin U.S. Senate candidate Kevin Nicholson defended his conservative credentials Tuesday in Madison, after reports showed he did paid work for Democrats as recently as 2002.

Nicholson is facing state Sen. Leah Vukmir, R-Brookfield, in the GOP primary for one of Wisconsin's U.S. Senate seats.

Some Republicans, including former White House Chief of Staff and Wisconsin Republican Party Chair Reince Priebus, have questioned if Nicholson's conversion is genuine.

Speaking at a WisPolitics event in Madison, Nicholson said his Democratic past shouldn't be "a big thing."

"At the end of the day, I'm a conservative because of my life experience," Nicholson said. "I've seen the policies of the Democrat party — they don't help people."

Nicholson said he's grown more and more conservative with time, after serving in the military and having three children.

"That's my life experience, that's what made me a conservative not unlike Ronald Reagan, not unlike — you pick the other million Republicans who were Democrats earlier in their life," he said.

Nicholson has been endorsed by the conservative Club for Growth and a PAC associated with former White House Chief of Staff Steve Bannon.

He spoke about a number of issues on Tuesday, including his desire to repeal the Affordable Care Act, if elected. He compared Obamacare to veterans' hospitals across the country, saying they have "never shown the ability to control costs or innovate."

"Right now, our standards when it comes to abortion are so horrifically low, it puts us on par with China," he said.

Nicholson said he would consider some exemptions for abortion bans, however. Those would include allowances for abortions resulting from rape or incest or procedures necessary to save the life of the mother.

The winner of August's GOP primary will go on to face incumbent Democrat Tammy Baldwin in November.