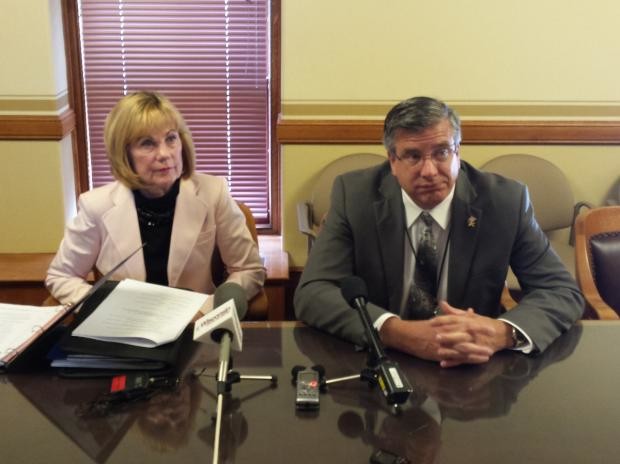 GOP Lawmakers Say No To UW Authority, At Least For Now

The Republican co-chairs of the state Legislature’s budget committee say they won’t support Gov. Scott Walker’s plan to turn the University of Wisconsin System into a public authority.

Speaking to reporters before a meeting of the Joint Finance Committee, Sen. Alberta Darling and Rep. John Nygren said the legislature might revisit the issue in the future, but Nygren said it needed more study.

“I think that it’s an idea that potentially has some merit but I think needs a little bit more time to study it to see what the true impacts would be on that change," said Nygren. "When we built the system back in the 70s, it took several years of study and planning to be able to get to that point, so I think we’re looking for a little bit more thoughtful process for us to be able to make that decision long-term.”

Walker argued a new UW authority would give the university system more autonomy to make its own budget decisions, though he still wanted to prevent them from deciding how much to raise tuition. Lawmakers will likely vote on the full UW budget later this month.