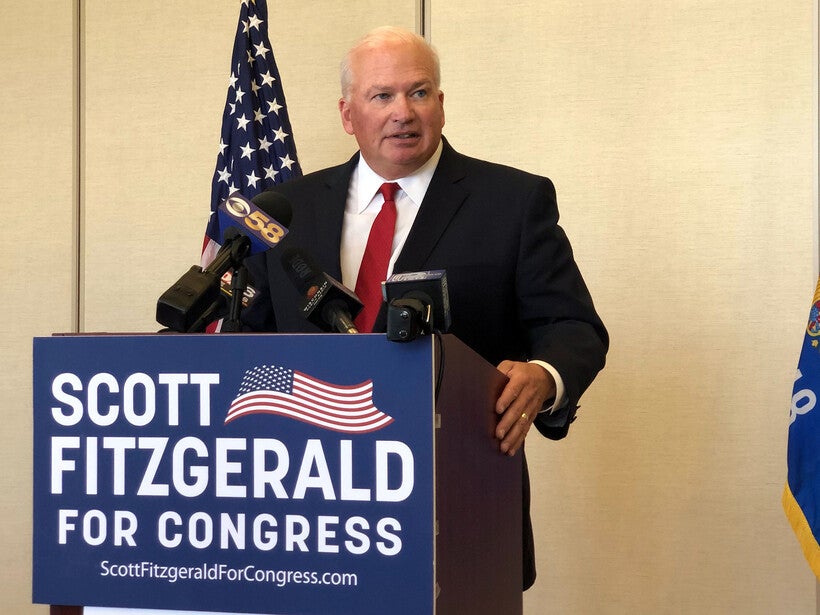 Wisconsin Senate Majority Leader and candidate for Congress Scott Fitzgerald is standing by President Donald Trump, saying he believes the impeachment inquiry being carried out by congressional Democrats is a "political witch hunt."

"I don't know that anyone would take it seriously," Fitzgerald said.

The impeachment inquiry is also looking into efforts Trump made to get Ukraine to investigate Biden.

Fitzgerald said he supports Congress "vetting" what happened. But Fitzgerald says he thinks Trump's telephone call with Ukraine's president "was within the purview of what a president of the United States should be able to do with any foreign diplomat and it shouldn't necessarily be made public."