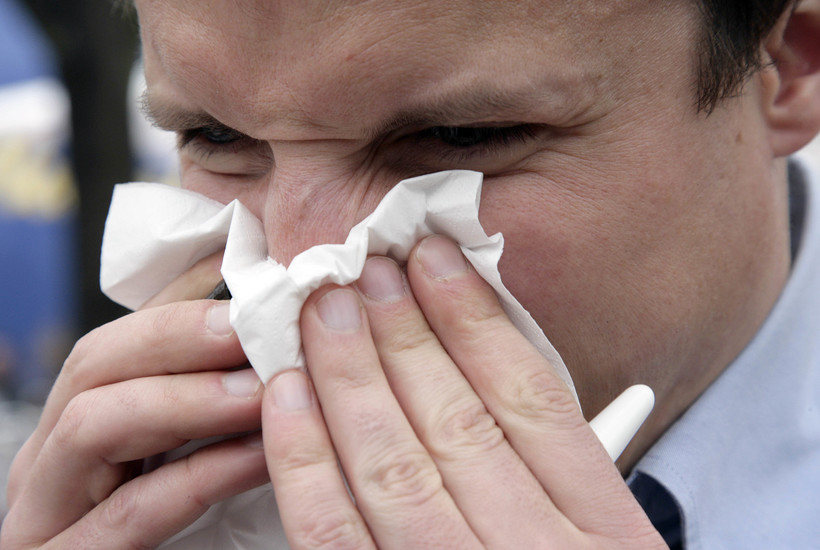 During the 2009 H1N1 swine flu outbreak, the Centers for Disease Control and Prevention recommended people with symptoms self-quarantine for five to seven days. Eventually, there were seven million more H1N1 cases and 1,500 additional deaths.

LeaAnne DeRigne, a professor at Florida Atlantic University's School of Social Work, attributes the numbers and lack of compliance to a lack of paid sick days off.

But that's not the only reason people may ignore doctor's orders, she said.

While only 68 percent of the workforce has access to sick leave, the use of that sick leave is low in the United States, DeRigne said.

"People only miss a couple of days over the span of 12 months, even with benefits," she said.

DeRigne, who studies health care policy and the impact of health care issues on families, sees such behavior among workers from across the economic spectrum. Lower-wage and hourly workers cannot afford to lose eight hours a day of wages, so they go to work ill, she said. On the other side of that spectrum are workers in salaried positions with benefits. Yet, they don't seem to take advantage of the sick leave they have, either.

"They feel irreplaceable or they fear that they’re putting their job at risk when they’re not there doing it," DeRigne said.

As a result, workers put in their eight hours, which often creeps up to 10 or 12 hours, and make themselves available to employers day and night.

The reluctance to take time off when sick can have profound effects. Last week, Democratic presidential nominee Hillary Clinton collapsed after neglecting a bout of pneumonia.

There's also the cost to the individual. A neglected cold can turn into pneumonia and even into longer-term chronic health problems.

Letting workers go to work sick is bad for business, too, DeRigne said. She points to the example of Chipotle. This year the company started offering hourly employees sick leave and vacation after it discovered workers were showing up to work sick, rolling burritos while they had the flu and deterring customers, said DeRigne.

Businesses also find that overall productivity suffers when workers continue to work while under the weather.

DeRigne also noted that refusing to take time off from work can eventually hike up the cost of health care treatment on a broader scale. Illnesses treated early usually cost less to treat.

"It's a very core American belief that a good American is a hard worker," said DeRigne.