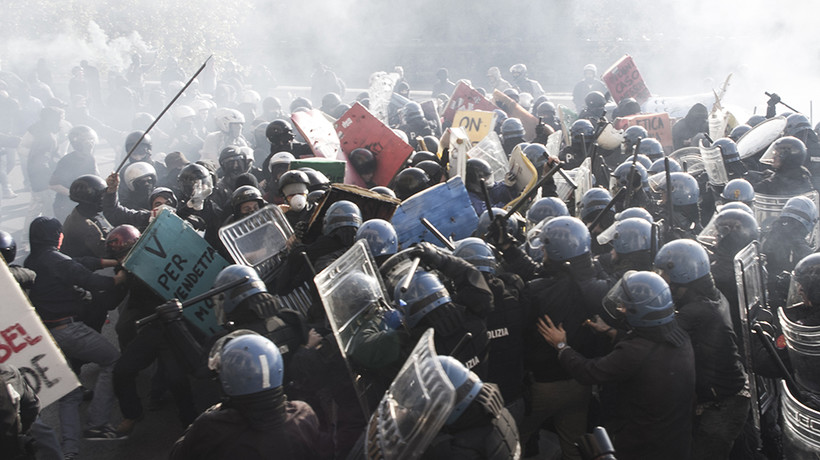 Is Global Civilization Headed For Collapse?

New Research Based On NASA-Funded Models Shows That It Might In A Matter Of Decades
By KP Whaley
Share:

It's controversial and is being called fringe by some people, but a recent study has highlighted the possibility that global industrial civilization could collapse.

The report suggests that several key factors in the coming decades, including unsustainable resource exploitation and increasingly unequal wealth distribution, could cause the shutdown of our current way of life. The independent research project was based on NASA-funded models, and was carried out with a team of natural and social scientists.

One person who supports the idea that civilization could collapse is Dr. Nafeez Ahmed, a best-selling author, investigative journalist and international security scholar. His study of terrorism and conflict led him to look more closely at the role that food production, climate change, economic instability and terrorism play into mass violence.

Ahmed said that according to the study, the issue of wealth gap has played a very fundamental role in most cases of civilization collapse in the past.

“The elites end up over-consuming … and breaching the natural limits around them, which can lead to internal conflict (among the masses) and internal rebellion, which can eventually lead the whole structure of that civilization to become unstable and eventually collapse,” he said.

According to Ahmed, this is something that can either happen over time or very quickly. Regardless, Ahmed said the historical models in the study showed that the elites of those civilizations couldn't recognize the consequences of their own actions and how those actions were ultimately self-defeating.

Applying the models to a scenario that fits our current global resource availability and economic differences led to research team to come to dark conclusions.

“They model a number of different possible scenarios, but in all of them, it does seem that largely the elite tend not to really grasp what is happening,” Ahmed said.

Ahmed is hopeful that global society can change significantly to prepare for the growing lack of resources, but to do so it must not only embrace sustainable and renewable energies -- it also needs to shift its values to be more in line with that of an “empathic civilization,” a term popularized by economic and social theorist Jeremy Rifkin.

“This kind of crude, materialist protectionist self-interest is not actually in our real self-interest, but is really quite destructive. (Instead) moral values, ethical values, values of compassion, values of thinking about the other are actually quite important values that are very important to the prosperity of our society and obviously of all the people in them,” he said.

Ahmed is the executive director of the Institute for Policy Research & Development and author of “A User's Guide to the Crisis of Civilization,”among other books. He writes for the Guardian newspaper on the geopolitics of environmental, energy and economic crises on his Earth insight blog.