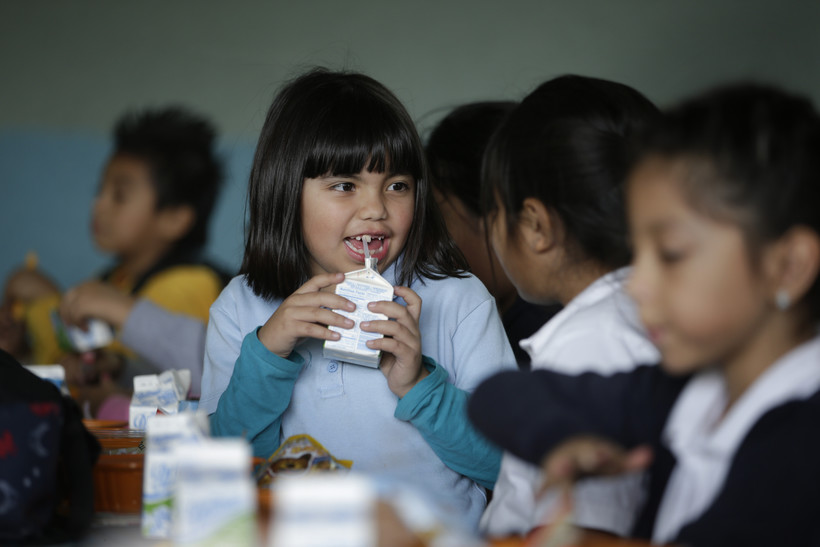 Getting Your Kid To Eat Brussels Sprouts

How do you get a kid to try a new type of food?

"It can sometimes be 10, 15, 20 times before a kid says, 'Yeah. I feel like I would choose (this) for lunch,'" said Josh Perkins, the regional executive chef for the K-12 food service company Chartwells' north central region, which feeds 200,000 students across the Midwest.

"We tend to underestimate the number of times people — and I will say 'people;' I don’t think it’s only kids — have to experience something before they feel comfortable with it," Perkins said.

School gardens are a great way to get kids to taste new fruits and vegetables, and a growing number of schools in the Midwest are incorporating gardens into their curricula and produce from those gardens into school lunches, Perkins said.

Sampling is a great, simple way to get kids interested in foods that might seem weird to them, like beets, rainbow chard, radishes, kohlrabi or other fruits and vegetables that are locally available, Perkins said.

"Sampling all by itself is a great way to get students more interested" in different foods, he said. And it can be as involved as holding a cooking contest or as simple as including a taste of a new vegetable dish as part of a school lunch. One school Chartwells works with in Indiana is holding a student-judged Brussels sprouts recipe contest, Perkins said.

It’s also important that parents and teachers eat and try the same foods as their kids. That’s a key way to supplement the typical "you should eat this because it’s good for you" message with the idea that a lot of people eat and enjoy a particular food, Perkins said.

"When kids are seeing either parents or school staff eating the same food that they’re eating, it has a pronounced impact on their acceptance of those foods," he said.