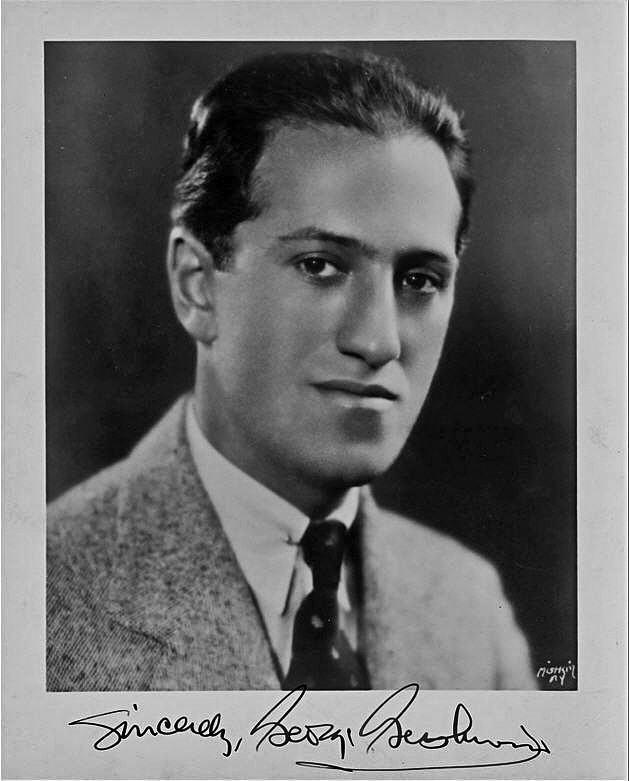 At 21, Gershwin wrote a piano piece called “Swanee.”   It debuted in a band arrangement at the Capitol Theater in New York where sixty chorus girls with electric lights on their slippers danced to it.  Gershwin hung around the outside of the theater to see how sheet music sales of “Swanee” were going in the lobby. There were very few takers.

Gershwin set his sights on something loftier, a national anthem called “O Land of Mine” with lyrics by Michael E. Rourke. He submitted it anonymously in a major contest sponsored by the New York American.  The contest judges were some of the top names in music—John Philip Sousa, John McCormack, and Irving Berlin.  The first prize was a heady $5000.  The prize they awarded Gershwin was dead last—a paltry fifty bucks.

That same year Gershwin wrote a lullaby for string quartet.  The lullaby featured graceful part writing, sublime harmonies, and a lilting melody. In 1923 Gershwin spent several months chafing under the rules imposed by his harmony teacher, Rubin Goldmark.  He dusted off his lullaby from four years earlier and showed it to Goldmark.  The teacher, mistaking it for a new work, took credit for its creation.  “Good,” he told Gershwin, “very good.  I can see that you are already beginning to profit from your harmony lessons here.”  The lullaby would remain unpublished and unperformed for half a century.

As for “Swanee,” it caught on a good deal faster. Gershwin was playing some of his songs at the party of a singer friend in New York. When he came to “Swanee,” the singer—Al Jolson—snapped up the song and turned it into a worldwide hit.  Jolson might well have been introducing George Gershwin to the world with his famous words, “You ain’t heard nothing yet.”