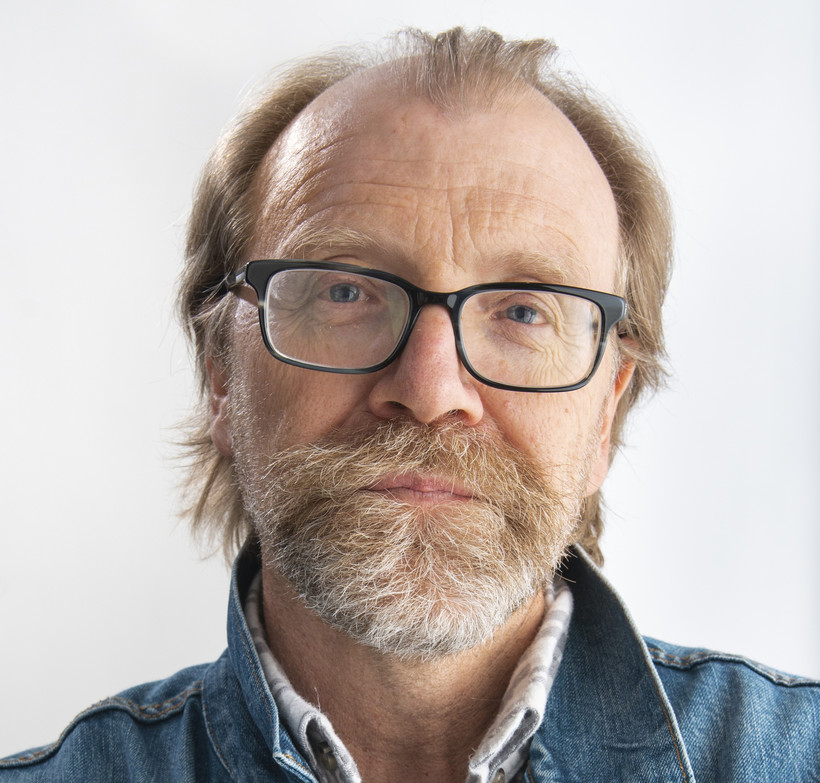 George Saunders: 'In each of these stories, there's some kind of resolution to fix things once and for all'

Saunders talks about the connective tissue that binds his stories in 'Liberation Day'
By Doug Gordon
Share:

Time Magazine has described George Saunders as the "best short-story writer in English."

We're willing to bet he’s one of the best short story writers in any language.

Is it possible that Saunders' latest collection is even better than his previous one?

Yes, dear reader. Yes, it is. He recently spoke with Wisconsin Public Radio's "BETA," and we'll make our case.

There’s something very special about a George Saunders story. There’s his trademark humor, his love and respect for humanity, and the kindness and tremendous empathy that he shows for his reader.

This conversation has been edited for clarity and length.

Doug Gordon: Why did you decide on the title, "Liberation Day," for this new book?

George Saunders: At the end of a book of stories, I just look at all the titles of the individual stories. And the assumption is that one of those will be the book title. What I'll do is I'll put each of the stories on a separate index card and put them on the kitchen counter and kind of just think through it with that proposed title in mind.

And when I got to "Liberation Day," something kind of sparked because I think in every one of the stories, there's somebody who is kind of fed up with the way things have always been for him or for her and wants to make that big change. You know, that that one we all long for afterwards would be completely happy and high-functioning and not neurotic. And so in each of the stories, there's some kind of resolution to fix things once and for all. Mostly those don't go that well because we're human beings.

But what I'll do is I have the title in mind, kind of scan each story and see if there's any relation at all between the book title and the story. And there's just a little click. I feel like, 'Oh yeah, that, that's speaking to that.' My whole process is very intuitive. And the assumption is if I can go through it and keep changing things until I like it more, then the whole project will be saying more in the end.

DG: And I think that the assumption is right. Your editor, Andy Ward, says that "Liberation Day" is yet another step forward in your evolution as a writer. How do you think your work has evolved over the last 10 years?

GS: I suppose as you get older, you become a little more confident in your view of things. You know, you sort of lived through pretty much all there is to live through. So I guess I feel like, well, if things feel a certain way to me, there must be some validity to that. I think as I'm getting older, I'm feeling more convinced that people are quite capable of communicating about the deep things, that all the kind of (superficial) things that divide us really are real, and they're true, and they have to be dealt with.

But under there, there's a quality of something — I would call it humanity, really. So if I'm more confident that if I speak to that part of you, that part of you will rise to meet me. And it's just kind of a quiet confidence from tens of thousands of interactions with people. Whereas when I was younger, I think I wasn't so sure of that. And so there is a slightly defensive thing you do as a younger writer, which is to be really smart, fast, funny, cynical. All those things have their value.

But I think they also tend to be like moves to keep the reader at bay as opposed to the moves I'm trying to do now, which are to embrace the reader and say, 'Yeah, you know, it's like that for me, too.'

DG: You've said that "the basic idea of a short-story collection is in line with your view of the world." So how do you think "Liberation Day" reflects your worldview at this moment?

GS: When you're writing short stories, they don't take seven years to write one story — or they shouldn't. Sometimes they do, but theoretically they're quicker than that. So in a sense, what you're doing is you're kind of saying to yourself, OK, how do you feel during this period? Let's make up a situation, even a really silly one, and let's just live in it day after day after day with a lot of concentration. And let's see which part of you that story represents.

And when you turn to another one, how do I feel now? And you do it again. And so by the time you've done nine of these, it's a pretty good, kind of maybe slightly distorted or exaggerated snapshot of where your mind was during those years.

And the thing that I love about it and that intrigues me so much is it's not really a snapshot that I would have predicted. If you asked me now, 'Write a short essay on how you feel,' certain things would come out, but in the stories, they come out in these crazy ways that are somehow more truthful than the story I can tell myself about how I feel.

DG: I think that the story "Love Letter" gives us a really good sense of where your mind is at these days. Can you tell us about it?

It's just really kind of a letter from a very loving grandfather to his probably 20-year-old grandson. Things have gotten worse. There's kind of a vague dictatorship in place in the country, a right-wing dictatorship. And this grandfather, we feel he's been chided by the grandson in a previous letter for not doing more, for being kind of passive and having his head in the sand.

So this letter is the grandfather's response in which he very gently tries to explain to his grandson how this terrible change in American politics happened, sort of on his watch. Just before the last election, a lot of my feelings about myself were in that story. Why am I not doing more? Why do I not know what to do? Why is it that whenever I try to do something, it seems to have no effect? Are we really going to let our democracy sink into the muck with this little feeling about it?

So that was the beginning of the story. You put that in there. You know, then again, because it's only part of my feelings, then I just attribute it to this grandfather who is not me. And then this story starts to distinguish him and starts to kind of attach to him, I think, a little bit.

There are things that are right out of my life, which I don't usually do. And it felt really nice to kind of say, "I'm anxious. Here it is." And send it to The New Yorker and say, "Does this connect with anybody over there?"

GS: One of the things I do when I'm writing is you put something out. And I'm a real obsessive rewriter. So I come back and read it again and again and again. And what will happen is, as you're reading it, you'll notice kind of, I guess I would say, a chink in his armor, the character's armor. So the character is asserting one thing, but under there, you might detect a little uncertainty. And that's where you kind of dig in.

So with this guy, he pretty confidently explains almost logically, well, yes, this is how we lost our democracy. And maybe it's not that important, actually. Maybe we just have to enjoy our lives and so on.

But I started noticing little, kind of almost like verbal tells or tics that he was protesting too much. So then you start to lean into that and you say, OK, wait a minute, this guy is saying these confident things, but behind there, he's got a doubt. And then you start urging the story in a direction that will test him. So in the story, he finds out that his grandson is about to do something a little bold and a little against the law and a little rebellious. And he's against that.

But then as he starts to kind of piece the thing together in his mind, he sees that the grandson is trying to rescue the woman he loves from the clutches of this dictatorship. I think in the last few paragraphs, just lightly, you feel the grandfather getting really wobbly about his views suddenly.

So the story he's told himself for five, 10, 15 years under the pressure of his love for his grandson, starts to crack a little bit. And by the end, he sort of tentatively offering to fund this venture. Maybe, we feel.