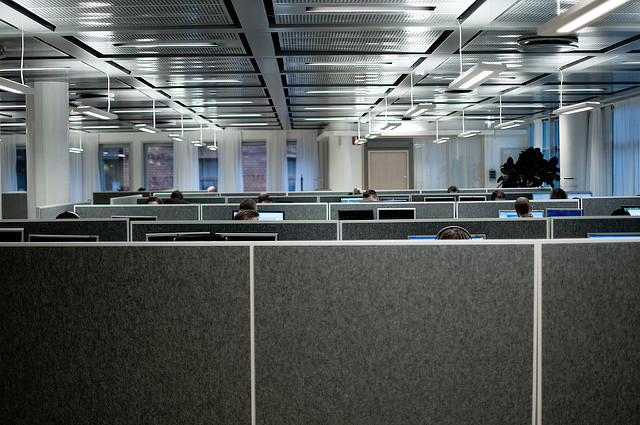 Generation X: Caught In The Middle Of The Workplace

Social scientist Mary Donohue says Generation X workers — those born between 1960 and 1980 — are like the middle child Jan Brady of the 1970s TV program, "The Brady Bunch." They feel unappreciated.

And in today's workforce, Gen Xers are having what Donohue calls, a "Marcia Moment." Translation: they’re detaching from work and are feeling overwhelmed.

"We're seeing the highest stress rates we've ever seen in the workplace right now because Gen X is really that middle generation," Donohue said. "At home, we're managing our parents and kids. At work, we're managing older bosses and brand new, younger employees who have been moving up the ranks incredibly quickly. They're incredibly brilliant, and there's stress put on us at each end … That's why it's one of the reasons we're seeing such high stress rates, and that’s what we call the 'Marcia Moment.'"

Think for a moment about the workforce Generation X was born into. There are about 77 million Boomers in the United States, Gen X's population is about 43 million. When the Gen Xers entered the workforce, they were always outnumbered by Boomers, Donahue said.

In a recent Huffington Post piece, she called Gen Xers "the most misunderstood group in the workforce today."

"As we see Boomers beginning to retire, we're in a situation where: A, people are being fired because they're earning too much money and corporations are worrying about returns; or B, they're just demanding more and more and more of Gen. X," Donohue said. "All of a sudden, they're hearing, 'Oh, we have to worry about these Millennials. These Millennials, oh my goodness, they're so different than us' ... and then there's poor Gen X who's left there to just deal."

Generation X members in the workplace are what Donohue calls 'the great doers.' They put their heads down and get things done, Donahue said. They don’t test leadership.They were brought up with technology, specifically television, but had to adapt to computers.

One of the problems Donohue identified is that each generation has a different relationship with technology, which is a major driver in how people communicate.

"Gen X is having to deal with old technology in terms of their bosses and Boomers, and new technology with Millennials," Donohue said. "But nobody worries about us (Gen Xers), nobody realizes we're the last of the intellectual capital. We know how the world worked pre-sharing economy and post-sharing economy, and I actually say that Gen X, really, their skill set helps people understand, and helps your business understand how intellectual capital impacts relationship with internal and external team members."

"They're managing up for Boomers, and now they have to shift how they manage for Millennials," Donohue said.

As for the role of employers in this all, Donohue doesn't think they’ve paid any attention to Gen Xers.

What Can Be Done

In her paper, "The Marcia Moment: The Death of the Manage-Me Workplace," Donohue said one thing employers can do is make sure they’re offering training opportunities as a solution to the "Marcia Moment."

"Learning is when you re-engage people. Training is the new vacation, if it's done properly," she said.

Another tip for employers: train each generation how to listen.

"What you've got to understand is technology has prevented us from listening for the last 10 years," Donohue said. "We just give our opinions. We don't listen to others opinions, and we have to shift that to re-engage your workforce, particularly Gen. X."

As for Gen Xers, take heart.

Donohue added Generation X should take time away from technology. For example, put the phone away from Friday to Saturday or don’t use the computer.

"Don't do anything," she added. "That brain of yours is really going to be needed, and we know that the more time you spend on technology, the more you get stressed. Manage your technology."