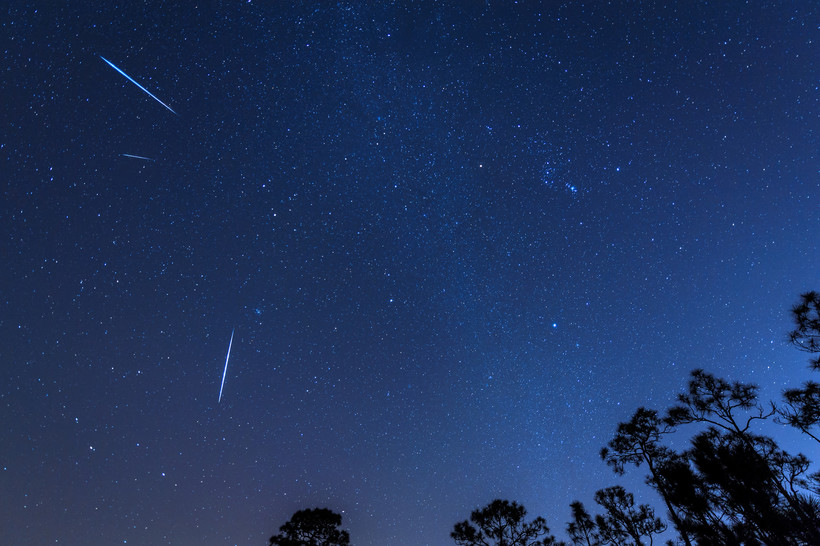 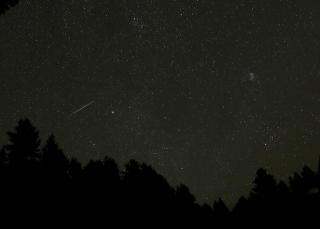 Guide To Your Community's Night Sky

Hobbyists in search of a new wintertime activity might consider taking up stargazing, and now would be a great time to do it.

Beginning Thursday, dark skies will be painted with up to 120 meteors an hour during the Geminid meteor shower. Sky watchers can see it in very dark areas, said Paul Kinzer, a member of the La Crosse Area Astronomical Society and author of "Stargazing Basics: Getting Started in Recreational Astronomy."

The phenomenon occurs because Earth is passing through debris left behind by an object, 3200 Phaethon, that some believe is an asteroid, according to NASA. Discovered in 1983, Phaethon is about 3 miles wide and is the parent body of the Geminids, whose activity is expected to peak at 8 a.m. CT Friday. The best time for viewing is at 2 a.m. CT Friday.

A bonus is that although the moon is expected to be bright Thursday night, it'll set by 10:30 p.m. and help the sky achieve total darkness.

Kinzer, who owns a portable planetarium and conducts shows across the state, recommends watching from the country for two reasons: ground lights in the city wash out the light of stars, and they keep the eyes from fully adjusting to the darkness.

Sunday offers another celestial opportunity to view the 46P/Wirtanen comet, named for Wisconsin astronomer Carl Wirtanen, who spotted the comet in 1948. The "P," Kinzer said, is short for "period" and refers to the fact that the comet's visibility is cyclical, because it orbits the sun every 5.5 years.

It'll get close to Earth his time around, at least as far as comets go, keeping a distance of about 7.1 million miles. A meteor is seen streaking left to right above the constellation Orion in the early hours of Dec. 14, 2012 in the sky above Tyler, Texas. The meteor is part of the Geminid meteor shower. Dr. Scott M. Lieberman/AP Photo

"The closer they get, though, the quicker they pass by," Kinzer said.

The comet will appear between the Pleiades — a star cluster that's sometimes referred to as the Seven Sisters — and the face of the Taurus the Bull constellation. These stars are near the Orion constellation.

Kinzer said the 46P/Wirtanen comet may not be bright enough to be seen with the naked eye, but going out with a pair of binoculars after 10 p.m. or 11 p.m. Sunday should yield results.

Winter is one of the best times of year for viewing the sky's brightest constellation, Orion, which can be seen high in the southern sky, Kinzer said. The brightest star in the sky is Sirius, part of the Canis Major constellation near Orion.

"There's lots going on all the time as the winter sky passes, and you have so much time to see it," Kinzer said, also noting that the stars are brighter in the winter because there's less moisture in the air.

For those looking at purchasing binoculars to capture more of the night sky, Kinzer recommends 7x35 millimeter pairs, which magnify the object by a factor of seven with a lens that is 35 millimeters across.

Another good option is the more advanced and heavier 10x50 millimeter, which will show twice as much as the 7x35 millimeter pair.

"The area of the lens, not the diameter, is what gives you more viewing, and 50 millimeters has an area more than twice the size of 35," he explained.

Kinzer said anyone interested in learning more about astronomy begins could consider joining an astronomy club.

"I bet everyone in this state lives within a half-hour or so of an astronomy organization," he said.

Farmer Built A Trout Habitat And Authorities Tore It Out. After Years In Court, He Won Right To Rebuild.
UW System Administration Office Announces Dozens Of Layoffs Due To COVID-19
Hodag Country Festival Will Be Among State's First Large Events Amid Pandemic
After Receiving County Approval, Hodag Country Festival Cancels 2020 Event
More Than 700K Wisconsin Unemployment Claims Still Haven't Been Paid. Politicians Are Blaming The Other Side For Delays