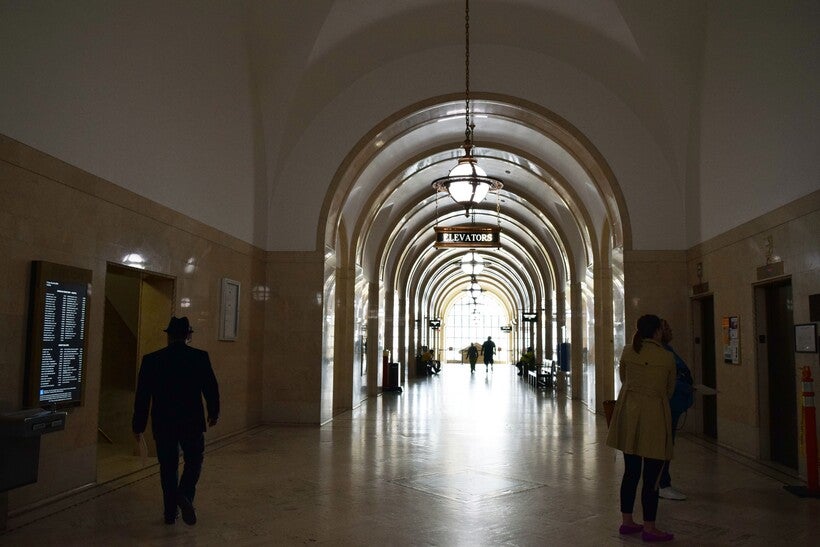 After a 135-day investigation and nearly 1,000 pages worth of reports, the charging decision in the August 2020 shooting of Jacob Blake by a city of Kenosha police officer came down to the discretion of a single person: the Kenosha County district attorney.

"If you do not have a case you can prove beyond a reasonable doubt ... then you're ethically obligated not to charge such a case," Kenosha County District Attorney Michael Graveley said at a Jan. 5, 2021 news conference.

As elected officials, county district attorneys serve as the local gatekeeper to the criminal justice system, deciding which crimes get charged and arrive before a judge. However, for a public official who receives considerable attention and faces public scrutiny — especially in high-profile charging decisions — district attorneys are often left unchallenged on the ballot.

"I think that if we raise the competition in these areas, then you're going to end up having the public be given the choice," said Kurt Klomberg, the Dodge County district attorney. "I think it’s important that we have those options."

During the 2020 general election, only a handful of district attorney races were contested — with even fewer seats contested in the primaries. Klomberg said the lack of contested races prevent DAs from having to make their cases to the voters, and takes away voters' ability to weigh in on how these elected officials do their job.

With such an influence on policy at a local level, what causes so few lawyers to run for district attorney? Bayfield County District Attorney Kimberly Lawton said it's a hard job.

"You'll get woken up at three in the morning, you'll have to deal with some things that are extremely traumatizing, even for the prosecutor," she said.

"It's a hard sell to say: 'Here, go into a public position that you get scrutinized by pretty much everybody — which is good and appropriate, and we should be — but get paid less money than if you were in the private sector,'" Lawton added.

Klomberg said pay disparities can be a real factor in discouraging experienced attorneys from running for district attorney. Assistant district attorneys are on a pay scale set statewide, while DA salaries vary depending on the population of their county — with those in smaller counties getting lower pay.

"Assistant district attorneys don't want to step up and become district attorney because either they're going to take a pay cut, or for the majority of them, they're looking in their crystal ball and saying, 'By the time this next term is over, I'm going to be making more than that district attorney, so why should I put that pressure on my family?'" he said.

Klomberg serves as the president of the Wisconsin District Attorneys Association, and advocates creating a flat pay scale for DAs, akin to how judges in the state are paid.

"No matter what county you're in or what the population is — all the judges make the same amount," he said. "We don't want to do this because we just want to line our pockets, it has to do with recruitment and retaining our best people in the position of elected DA."

Klomberg added that there is an additional stress to recruit district attorney candidates in rural areas where not many lawyers live. Private practice attorneys can practice law in any county, while a DA has to live within the county they serve. Klomberg said adding a financial incentive to move to rural areas could draw more DA candidates.

Low turnover among district attorneys can also allow traditions baked-in to the criminal justice system to remain in place.

"With the system that we currently have, I think people really do want to see DAs make different choices," she said.

"In an individual case, a prosecutor needs to be attentive to not only just the charging and conviction and confinement, but what are the other costs of commencing a crime, of seeking a conviction," said Lanny Glinberg, University of Wisconsin-Madison law professor and director of the school's Prosecution Project, during a May 28 interview with Frederica Freyberg on "Here & Now."

"Not just the monetary cost of confining somebody," he added, "but there are real social costs as well."

That change may be slow according to Glinberg however.

Glinberg added that because district attorneys are elected county by county, some areas will favor a more traditional model of prosecution than others.

Wisconsin district attorney races will next be on the ballot in 2024. Collins said challengers to incumbent district attorneys can be a key factor for activists who are looking for changes in prosecutorial decision-making, it is only part of the picture — especially for broader issues like systemic violence Black Wisconsinites have experienced from law enforcement officers.

"I still encourage people to run for DA and still encourage DAs to hold police accountable, but I think that we're always going to see some reluctance there — at least until systems of policing transform somewhat," she said.

"I think we have to do a lot of things to dissolve police violence against Black people, but one way of dealing with that," Collins said, "DAs could do more."