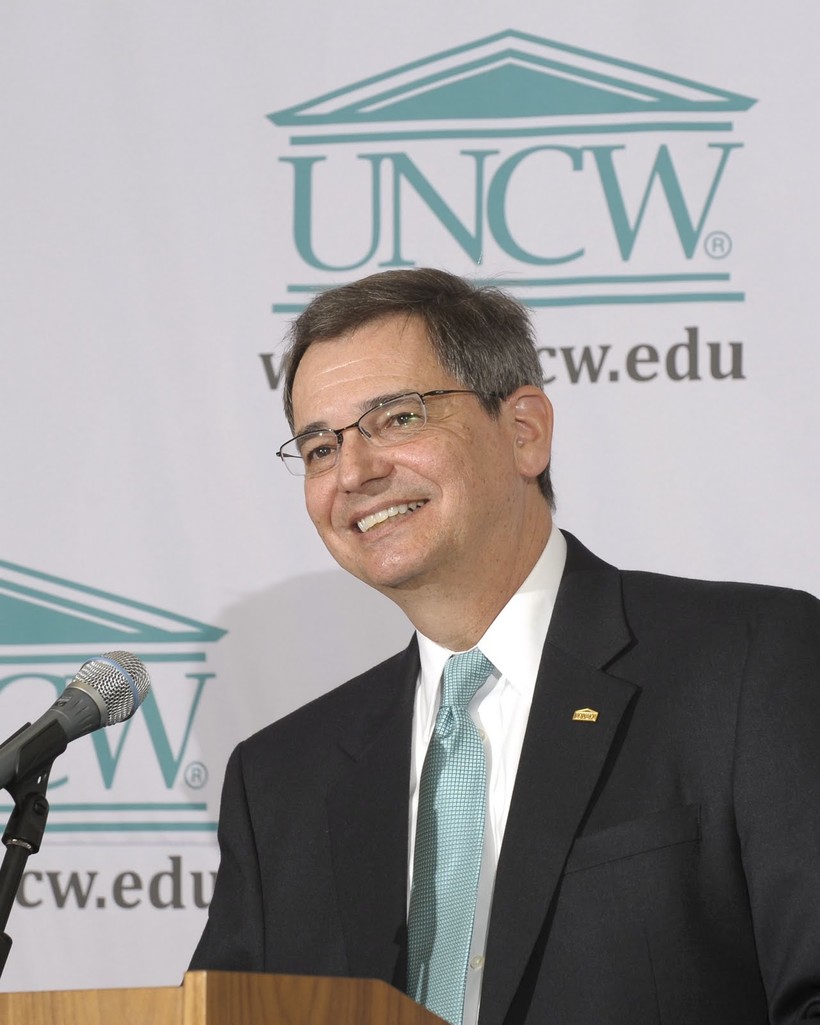 Above, Gary Miller, who will become the next chancellor at University of Wisconsin-Green Bay. Photo courtesy of UNC.

Miller Will Leave Chancellorship At University Of North Carolina-Wilmington
By Patty Murray
Share:

The University Of Wisconsin Board of Regents has named Gary Miller to be the next chancellor of UW-Green Bay.

Gary Miller, who is currently the chancellor of the University of North Carolina-Wilmington, has spent most of his career at universities in Mississippi and North Carolina.

He said UWGB and most other public universities have the challenge of reaching out to potential students from all backgrounds: “Adult students, those first-generation students, typical traditional students coming to the university with different backgrounds,” he said. “Because that's a real national imperative. A lot of that falls onto institutions like Green Bay, which pretty much right now operate in the market as unsubsidized entities.”

Miller said UWGB is affordable, but that there needs to be a national conversation on making college more accessible. He said that conversation needs to go beyond the price of tuition.

“What's happened is more on the other side where you have declining middle class wages, stagnant wages and so forth,” said Miller. “So I think while there's a lot of discussion about higher education's cost, there's also a discussion to be had about the ability to pay.”

He also said he's ready for a Green Bay winter: “We lived in Kansas for five years and it gets pretty cold in Kansas,” he said.