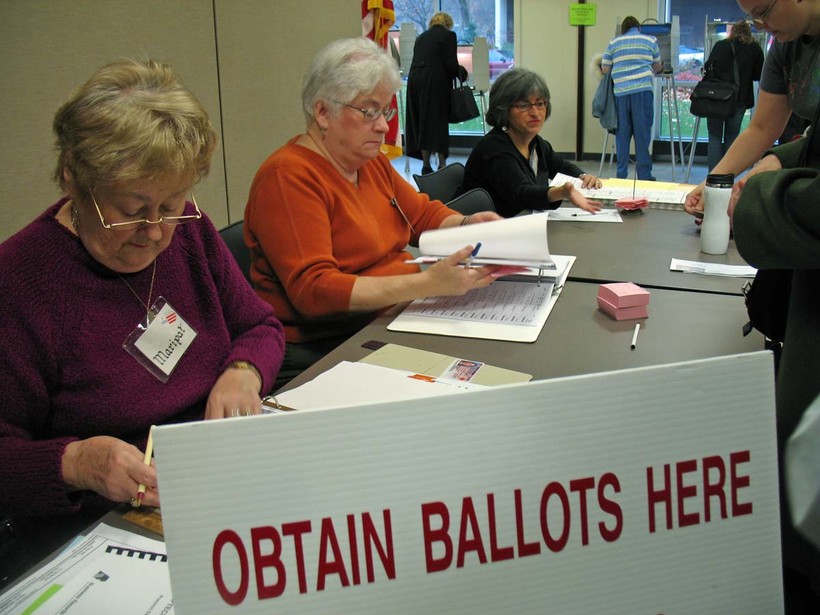 GAB: Know These Things Before Voting On Tuesday

Before voters in Wisconsin head to the polls to participate in Tuesday’s fall partisan primary, there are a few details the state elections board are making clear.

The ballot includes Democratic races for governor and attorney general and a Republican contest for secretary of state.  That’s on top of several congressional and state Legislative primaries, along with local items.

The Government Accountability Board predicts turnout to be about 15 percent statewide.  However, Kevin Kennedy, GAB executive director, said that areas that have contentious races, such as the Republican primary for the 6th Congressional District in east-central Wisconsin, will likely have higher numbers.

“The people who are really paying attention to this are the people who have strong partisan feelings, that they want to make sure that the person who’s representing their political party represents their views,” said Kennedy, on Monday.

According to a GAB news release, the most important thing voters should know for Tuesday’s primary deals with registration.  If an individual plans on registering at the polls on Election Day, he or she must bring a document that shows proof of residence.Acceptable forms of documentation include a current utility bill, lease, university ID card or other official document showing the voter’s name and current address.  (A full list can be found here.)

Also, voters will not have to show a photo ID in order to receive a primary ballot.  Even though the state Supreme Court recently ruled that photo ID is constitutional, a separate federal lawsuit is blocking its implementation.

As for voting itself, people can only vote for candidates in one party.  For instance, a person in Sheboygan cannot vote in the Democratic primary for attorney general and the Republican contest for Congress.

“Unlike the November general election, the partisan primary in August is for voters to nominate who they would like to move on to the November election,” said Kennedy, in the GAB release.  “But the law says voters can only participate in one party’s primary.”

In addition, there are rules in place regarding behavior, attire and volunteering at the polls.  (Information on those matters can be found here.)

The general election is scheduled for Nov. 4.