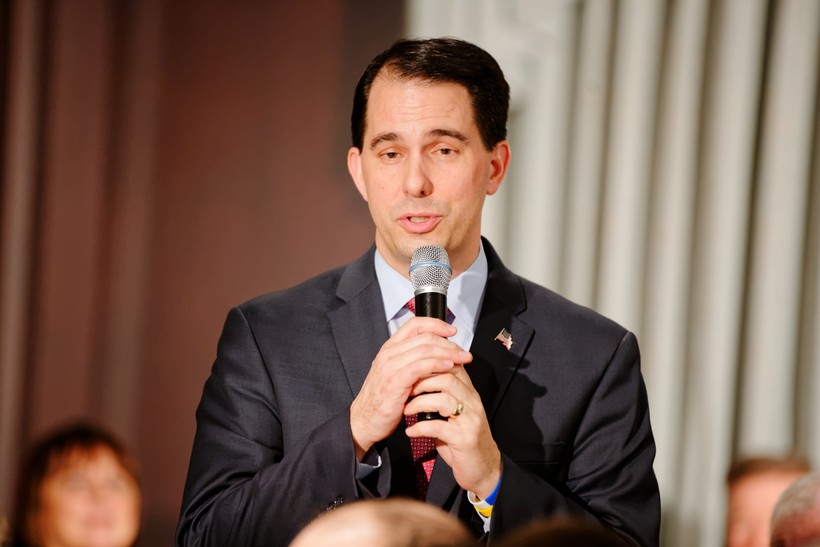 The Board Recently Voted To Request Funding From The Legislature For A Voter ID Public Education Campaign
By Scottie Lee Meyers
Share:

In a 4-2 decision, the board voted Tuesday to ask for money from the state Legislature to fund a statewide campaign to educate voters on what forms of ID are acceptable at the polls. Walker addressed the funding request on Tuesday, saying that the high turnout during the April 5 primary demonstrates the funding is unnecessary. Moreover, the governor said the state has already spent too much money defending the law in court.

"The fact is, the state had to spend a whole lot of time and money defending the (voter ID) law, and we continue to do so today," Walker said. "If people were really serious about that, they wouldn’t have allowed the state to use all that money to fight courts and to use that in promoting the system."

Kevin Kennedy, the board’s director, disputes Walker’s statement. In an interview on Wisconsin Public Radio's "Central Time," he said that state residents, particularly students, would benefit from an outreach campaign.

"That’s really a very disingenuous comment," said Kennedy. "I mean, this was a very politically charged decision in the Legislature. Not everyone supports it. And people were challenging the right. That’s like apples and oranges."

Kennedy said that the money would be used to restart the "Bring It To The Ballot" campaign designed back in 2011 and used briefly in 2012 and 2014. Part of the campaign, said Kennedy, would direct voters to a state website, and advertise the toll-free number for those who don’t have Internet access.

"The purpose of the campaign really is to say, you're going to need an ID, be prepared," Kennedy said. "Here's where you can get more detailed information, because there’s a lot of exceptions that a lot of people aren’t aware about."

Kennedy acknowledged that the primary election went smoothly, but added that there was confusion on college campuses, where some students didn’t know that they needed a second form of identification to verify their place of residence.

"Student polling places were really the most challenging. Part of that is, I think, is the nature of being a student. You don't think about this until right before then because you're so focused on your classes and everything else. But it's also a couple of extra steps for students," Kennedy said.

A report from ProPublica in late March criticized the state for not funding a public education campaign ahead of the primary.

"Wisconsin has failed to appropriate funds for the public education campaign," stated the report. "The result is that thousands of citizens may be turned away from the polls simply because they did not understand what form of identification they needed to vote."

Kennedy said the state doesn’t have any kind of data on how many voters may have been turned away at the polls.

"Although I can tell you anecdotally, I was at several different polling places on Election Day. I talked to the chief inspectors and they had only a handful of people who didn't have the ID," Kennedy said.

The voter ID law has been highly controversial since its implementation and was made even more so following comments from a Wisconsin congressman on the night of the primary election. Rep. Glenn Grothman told a reporter that Wisconsin’s voter ID law could help pave a way for the Republicans to take back the White House.

Kennedy said those kinds of political games are the reason why funding for the public education campaign remains in the balance.