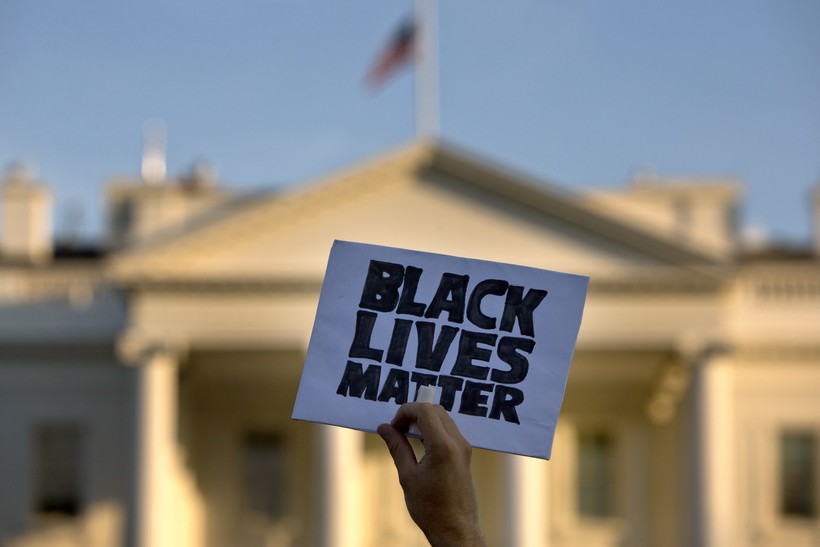 The Future Of Black Lives Matter Under President Trump

Professor: Movement Will Be Emboldened To Action Over Policy Issues, Become Involved In All Levels Of Government
By J. Carlisle Larsen
Share:

Since its earliest days, the Black Lives Matter movement has been a lightning rod throughout the country and in the media.

It was born out of the acquittal of George Zimmerman in the 2012 killing of the unarmed, African-American teenager, Trayvon Martin, in Florida and grew in response to high-profile deaths of black men and women at the hands of police. It has been a rallying cry for its supporters from all ethnic backgrounds who'd like to see police and others held accountable for the treatment of the black community in the United States.

But Black Lives Matter has also had a fair amount of criticism leveled at it by its detractors who see the organization as divisive and anti-law enforcement.

Throughout the 2016 presidential election, the movement persisted in the face of the racist, anti-Semitic, Islamophobic, anti-Immigrant and anti-LQBT language that became widespread throughout the presidential campaign. And fairly or not, much of the finger-pointing has been at then-candidate and now President-elect Donald Trump, who, throughout his campaign, was known for making inflammatory statements.

Now, questions are being asked about what the group plans to do with Trump heading to the White House in January.

The impact of Trump's election will likely have a divisive influence throughout the country due to the rhetoric used throughout the election, said West Chester University Sociology professor Chad Dion Lassiter, who is head of the Black Men at Penn group.

Lassiter said he believes the movement will be emboldened to action over policy issues, such as the call for expanding stop-and-frisk practice by law enforcement, which Trump called for throughout the election even though parts of the mandate have been ruled unconstitutional.

What troubles Lassiter, too, is since Trump's win Nov. 8, there has been an increase in reported hate crimes throughout the country. He said he doesn't believe these incidents are a passing trend.

"This is not a transition time. This is a very dark time," Lassiter said. "And the election of Donald Trump is not just inclusive to the Black Lives Matter Movement because we've seen people all over the United States of America march in protest to him being the president-elect."

"We know that a lot of marches around the country with regards to Black Lives Matter have had white allies and Asian allies," Lassiter said. "We know that as far away as China and Japan, there are people holding signs (that say) 'Black Lives Matter.' I think what we need to continue to do is show the benefits of everyone seeing everyone's humanity but specifically, in this period of time, black lives certainly do matter."

Lassiter said while he doesn't know the specifics of what the Black Lives Matter movement will do, he believes there are concrete ways they can make a significant impact moving forward by getting involved with the political process at the local, state and federal levels, especially since Trump campaigned on platforms that would rollback programs such as Medicaid and de-fund Planned Parenthood.

"I would like to see members of Black Lives Matter be part of (crafting) legislation, be part of policy, be part of crafting policy that's going to not just advantage African-Americans (but) going to advantage people who are disenfranchised," Lassiter said.

He acknowledged many disenfranchised people in the U.S. happen to be white. But many of them voted against their self-interest in order to elect Trump to the presidency, he said. But Lassiter said he sees the influence of the Black Lives Matter movement on policy being a way to fight back against systematic disenfranchisement.

"Crafting the political agenda puts them in a place where they can look at things from a policy perspective and they can actually enact policy," he said. "So when we have stop-and-frisk, we need to have community policing. Where we have racism and spatial segregation in housing, we can have people who are in those agencies that can speak back to those forms of discrimination. That's the way that I see them developing."

Only time will tell what the Black Lives Matter movement will do in the moths leading up to Trump's inauguration and where it will go during the next four years. However, on Tuesday, the founders of the movement – Opal Tometi, Alicia Garza, and Patrisse Cullors – released an official statement to Mic stating they would continue to organize and push for change.

Our mandate has not changed: organize and end all state-sanctioned violence until all Black Lives Matter.

What is true today – and has been true since the seizure of this land – is that when black people and women build power, white people become resentful. Last week, that resentment manifested itself in the election of a white supremacist to the highest office in American government.

In the three years since Black Lives Matter organized, we've called for more safety. Not less. We've demanded an end to anti-black state violence. We've asked white people to organize their communities, to courageously help their loved ones understand the importance of solidarity and to show up for us, for themselves and democracy.

In the months leading up to this election, we have demanded support from white people in dismantling white supremacy — a farce that persuaded some to believe we were living in a post-racial America while simultaneously rolling back the rights of black people and other people of color. White supremacy fortified the decision to disregard racism and sexism as serious variables in the outcome of this election.

Even if everyone didn't agree politically, at the very least, we deserved to have our collective humanity affirmed. We feel more than disappointed or angry – we feel betrayed.

Donald Trump has promised more death, disenfranchisement and deportations. We believe him. The violence he will inflict in office, and the permission he gives for others to commit violence, is just beginning to emerge.

In the face of this, our commitment remains the same: protect ourselves and our communities.

But we ask ourselves – how do we reconcile our vision for future generations' prosperity with the knowledge that more than half of white voting Americans believe a white supremacist can and should decide what's best for this country?

Here's what we know: Civic engagement is one way to engage democracy, and our lives don't revolve around election cycles. We are obliged to earn the trust of future generations – to defend economic, social and political power for all people. We are confident that we have the commitment, the people power and the vision to organize our country into a safe place for black people – one that leads with inclusivity and a commitment to justice, not intimidation and fear.

We also need and deserve an elaborate strategy to eradicate both white supremacy and implicit bias towards it. We must reckon with the anti-blackness of America's history that led to this political moment.

We continue to operate from a place of love for our people and a deep yearning for real freedom. In our work, we center the most marginalized, and look to them for leadership. We fight for our collective liberation because we are clear that until black people are free, no one is free. We are committed to practicing empathy for one another in this struggle – but we do not and will not negotiate with racists, fascists or anyone who demands we compromise our existence.

We affirm our existence. We affirm our right to not only live, but to thrive. To exist in a world where our humanity is seen and honored. We are organizing to realize a world in which our faiths are held in esteem, our identities are respected and our families are prioritized. We deserve a world in which our children are protected, where our water is sacred, and where we are given a fair chance to decide our fates.

Because it is our duty to win, we will continue to fight. And today, like every day before it, we demand reparations, economic justice, a commitment to black futures and an end to the war on black people, in the United States and around the world.

The work will be harder, but the work is the same.