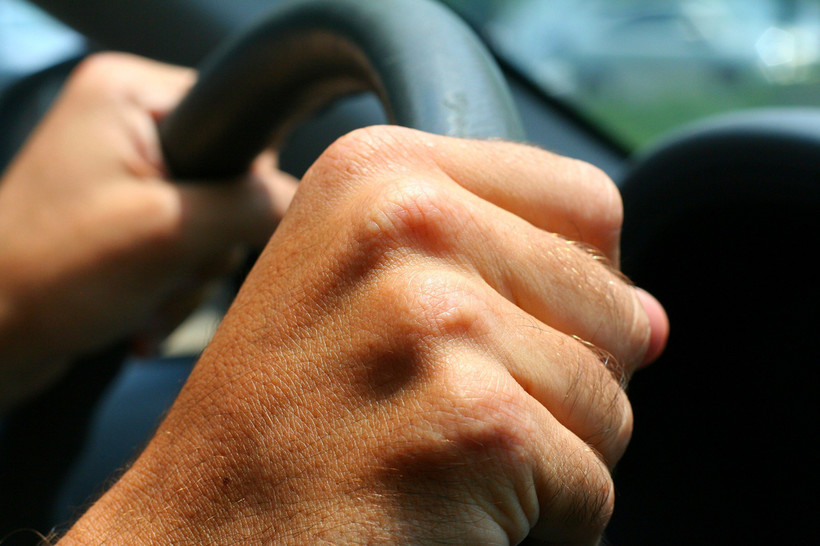 Majority Of US Drivers Experience Anger Behind The Wheel
By Adam Friedrich
Share:

If you’ve ever felt your blood pressure rise while you're driving or if you’re car horn gets a workout during your commute, rest assured, you are not alone. The anger, aggression and anxiety commonly known as "road rage" affects nearly 80 percent of drivers in the United States.

Writer C. Brian Smith set out to investigate why in an article for MEL magazine. Smith tells WPR’s "BETA" that since 2004, road rage related fatalities have increased tenfold. He also says it's tough to measure these incidents.

"It’s hard to say because a lot of these crimes don’t get reported," Smith said. "The most common reasons are weaving between lanes, cutting people off."

Even with a general spike in outrage altogether these days — whether it be online or otherwise — Smith argues road rage stands alone.

"I think the issue specifically with road rage is that it impedes normal social communication. So, if someone cuts you off in a Starbucks, you’ll likely say 'I’m so sorry' and handle it in the moment," Smith said. "But, you can’t have that interaction in the car. I think road rage is unique that way because it forgoes the normal communication tools that we have."

Smith outlines the history of road rage, which he traces as far back as the 19th century.

"The earliest reference to it was actually an English nobleman, a Lord Byron. He wrote to his friend Thomas Moore in 1817, 'Last week I had a row with a fellow in a carriage who was impudent with my horse and so I gave him a swinging box in the ear which sent him to the police.'"

The issue was so ever-present in the 1950s that even Disney addressed it. In a Goofy cartoon from the period, they highlighted the Dr. Jekyll and Mr. Hyde transition that happens when some people get behind the steering wheel.

"It features Goofy as Mr. Walker, an everyman, good-natured suburbanite who just transforms into a monster behind the wheel," Smith said.

While the pattern of behavior has a long, sordid history the term "road rage" wasn’t coined until the 1980’s by the local Los Angeles media after an onslaught of vehicular crime in southern California.

"There were a series of violent incidents on LA freeways of people just shooting each other," said Smith.

Smith cites author and psychologist Peter Marsh who wrote "Driving Passion: The Psychology of the Car" who writes there is a more primal instinct at play with road rage.

"(Marsh) explains that it’s actually the design of the headlights that are problematic because they’re considered these threatening eyes, which is why a lot of incidents occur when people fail to dip their high beams," said Smith. "He says that headlights give cars an animalistic quality, as do the four wheels, so it makes it look like they’re horses bearing down on you."

Marsh’s book also delves into the phenomenon that people view their cars as an extension of their home, which can lead to an overprotective state.

"Any threat to that dominance that we have that we feel in the car, like a tailgating car or a truck flashing its high beams, it provokes this aggressive reaction within us," said Smith. "People who are usually well-mannered suddenly start raising fists and freaking out because people are encroaching in your personal space."

Smith investigated ways to prevent road rage. He spoke to a former San Diego police officer about ways to battle it. The officer said most road rage incidents occur because most drivers assume it is the other driver’s fault.

"He says the simple answer is to concentrate completely on your own driving and not to make eye contact with the people around you," Smith said. "He suggests asking 'what would the Dalai Lama do?'"

Another solution might come in the form of advanced technology and self-driving cars.

"A lot of people say autonomous vehicles are the answer to a lot of human-based errors on the road," Smith said. "Just get humans out from behind the wheel."