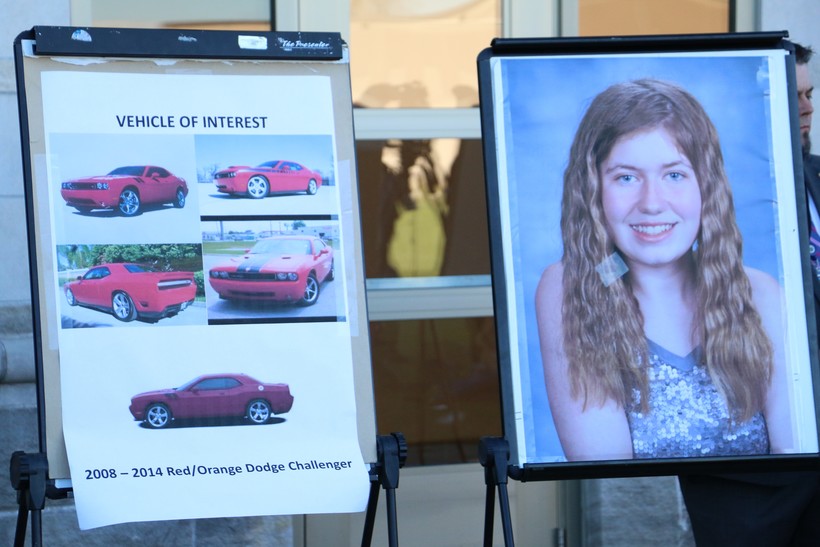 Funeral Set For Barron Couple Whose Daughter Is Still Missing 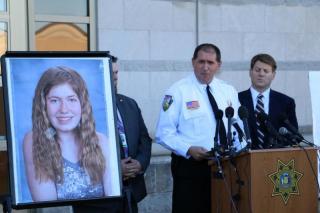 A funeral will be held this weekend for a Wisconsin couple shot dead in their home last week and whose 13-year-old daughter is still missing.

Family members have scheduled an 11 a.m. Saturday visitation and 1 p.m. funeral service for James and Denise Closs at St. Peter's Catholic Church in Cameron, a village next to the couple's hometown of Barron.

Deputies responding to a 911 call Monday, Oct. 15 found the couple dead in their home and their daughter, Jayme Closs, missing. Investigators believe she was abducted and have ruled her out as a suspect in her parents' deaths.

An online obituary states the couple was married in 2003 in Las Vegas and worked at Jennie-O Turkey Store in Barron for 27 years.

Volunteers have been walking through swamps, corn fields and woods in search for clues that could lead authorities to Jayme.

Hundreds of people took part in Tuesday's expanded search for Jayme. On Tuesday, volunteers were split into groups and told to look for anything that could be a clue, such as a cellphone, piece of clothing or gun.

Barron County Sheriff Chris Fitzgerald said Monday that some tips led to the decision to resume the ground search, but he didn't elaborate. Authorities asked for 2,000 volunteers to help with the ground search. Searchers gathered at a staging area known as Hungry Hollow Grounds.

Later Tuesday, Fitzgerald said some items were found during the search, but they're still being assessed and don't seem to be linked to the case. He said he would provide another update on Wednesday afternoon.

Some volunteers said the case hits close to home and they felt compelled to help.

Joe Scheu, a retiree from the nearby village of Haugen, said he has a 13-year-old granddaughter and that he wanted to help find Jayme.

Jill Robinson, who lives about 60 miles south of Barron in Eleva, joined the search with a friend. She said she hopes others would do the same for her if her loved ones were in a similar situation.

Fitzgerald said Monday they would be looking for "anything that may be of evidentiary value and may be related to the incident" on Tuesday.

On Monday, investigators in Barron County began urging the public to look for two vehicles that may be tied to the double-killing and disappearance.

Fitzgerald said they are looking for a 2008 to 2014 red or orange Dodge Challenger and either a black Ford Edge or Acura MDX of about the same age.

Jayme is still presumed missing and endangered. She is at the top of the FBI's missing person's list.

A gathering was also held Monday night at the Barron High School football stadium, where residents heard messages of hope.