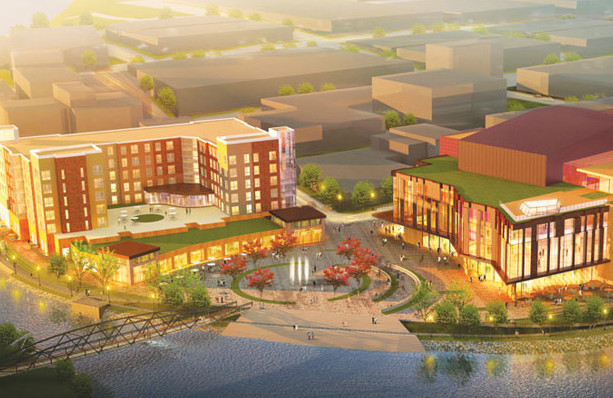 A major performing arts center project in Eau Claire is one step closer to reality after securing a $1 million matching grant.

Fundraising for the Confluence Project -- a $40 million performing arts center -- is nearly complete and supporters expect to break ground sometime next year. The Confluence Performing Arts Center will include two theaters and classroom space for the nearby University of Wisconsin-Eau Claire.

More than $23 million in state, county and city funds have already been set aside for the project, but won't be released until supporters raise $13.5 million in private funds.

Fundraising coordinator Wally Rogers said the latest grant puts them at $12 million and architects are nearly finished drawing up plans.

"They're kind of coming to the end of that process where everybody's approved the design for the building and we're tentatively planning for a groundbreaking late spring or early summer next year," he said.

"This is a big deal for us because we've raised a little more than half a million dollars between October and now.  So, that match and those new contributions will bring us over $12 million," he said.

The Confluence Project has been in the works since 2012, surviving two referendums last year.