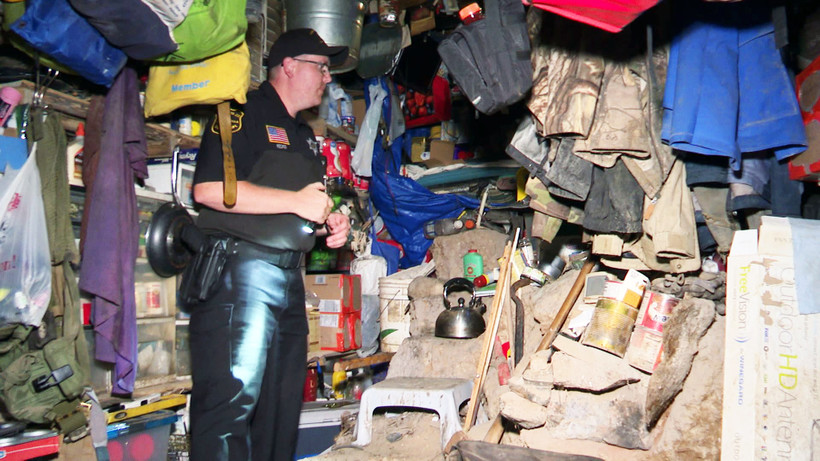 Authorities investigate the makeshift bunker of a fugitive in Marathon County. Courtesy of WSAW

A 44-year-old man who evaded police for more than three years by living in an underground bunker will be in court Monday in Stevens Point.

Jeremiah Button will face charges of repeated sexual assault of a child and possession of child pornography. He dug the concealed bunker on public land in the woods east of Wausau. Investigators say he equipped the space with solar panels and a power generator, had a radio, a TV and numerous items he took from the nearby Marathon County landfill, including enough scavenged food to live on. 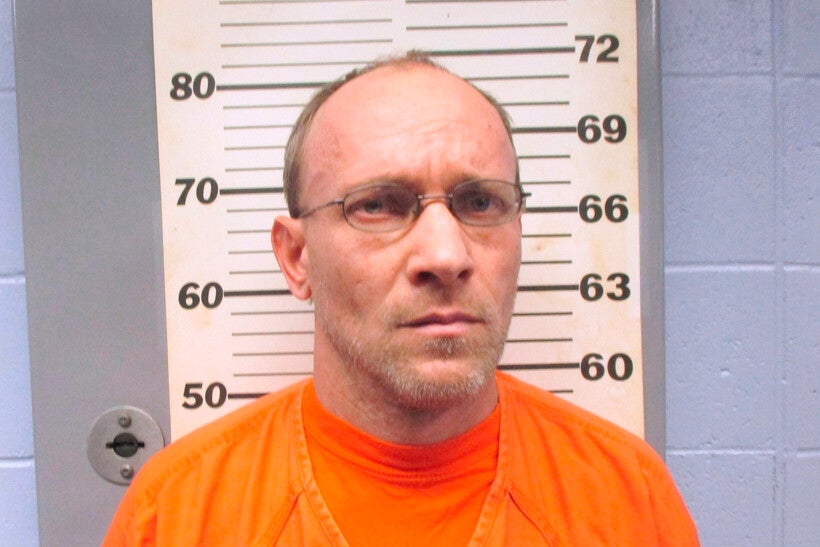 Button was arrested in early August after a hunter stumbled across the bunker. He had been missing since 2016, when he was let out on bail and was awaiting trial.

When Button first dug the bunker, it was about 5 feet by 5 feet, though he later burrowed farther underground, said Korey Trowbridge, a warden supervisor with the state Department of Natural Resources, who led efforts to clear and destroy the bunker in late August. Trowbridge said it resembled a root cellar many old farmhouses have. He used wood from small trees to reinforce the walls and for the roof. And the space was extremely well-camouflaged.

"The part below the entrance of it was more of a swampy, black, mucky area, where a normal person would not travel," Trowbridge said. "The roof of it was covered in moss and leaves and things, so really even if you were within five feet of it you would not even know it was there." "Even if you were within five feet of it, you would not even know it was there," said Korey Trowbridge of the DNR. Courtesy of WSAW.

Trowbridge said it took a team of more than 10 DNR and law enforcement workers two days to clear out the space. They spent nearly a day opening up a trail to the space, which was near the Ice Age Trail in the town of Ringle. They sorted through the bunker to determine which items police might use as evidence, which were potentially hazardous waste, and which could simply go back to the landfill.

The goal, Trowbridge said, was "restoring the property so future recreation users out there don't encounter a hazardous condition."

The site was dismantled and mulched over, Trowbridge said, and he believes they found everything. If hunters or others in the area should come across any additional materials, they can call the DNR’s non-emergency hotline at 608-267-7691.

Button's trial on the original charges is scheduled to begin Sept. 25.