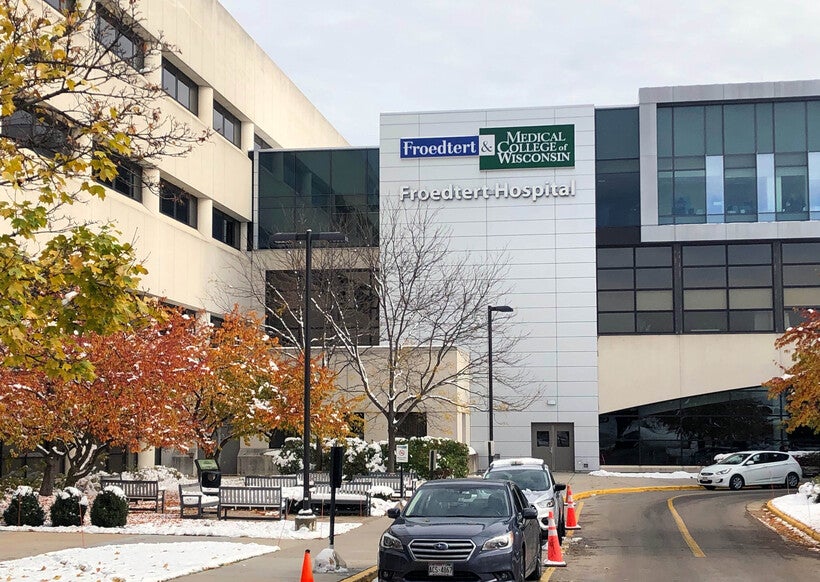 Hospital Moves To Treat Violence As A Public Health Problem, Both Before, And After It Happens
By Corrinne Hess
Share:

Michelle Riehle was conscious throughout her attack.

"He came back downstairs and said, 'I see you’re still trying to hold on, go on and die.'"

Riehle was in the basement of her Milwaukee home using the washing machine when her boyfriend came up behind her and strangled her. Then, he slit her throat.

"I thought, I could grab a pillow and die comfortably on the basement floor"  she said. "I could run and get caught again because he was in the house, or I could run and be safe."

So, she ran to a neighbor’s house.

Riehle was awake on the ambulance ride to Froedtert Hospital in Milwaukee while the paramedics told her about what would happen in the emergency room.

While stories of violent crime make their way in and out of headlines, survivors of these moments can suffer lasting effects. Froedtert Hospital has spent the last decade working with patients, like Riehle, to rebuild their lives after trauma.

For months, even after Riehle went back to work as a special education teacher, she couldn't hear the sound of sirens without having a panic attack.

"I literally would stutter, my heart would beat fast and this would be in any environment," she said. "I would be working in my classroom and have to take a deep breath and remind myself." 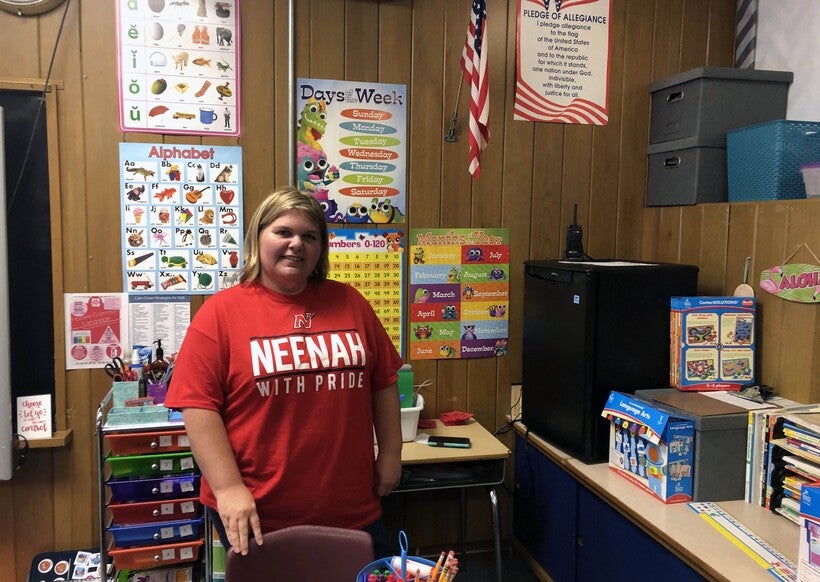 Froedtert therapists suggested she relive the event by touring an ambulance.

"I think reliving the situation was very helpful, and I think that's how I was able to process as well as I've been able to," Riehle said.

Terri deRoon-Cassini is a psychologist who works with patients dealing with PTSD, stress and anxiety. She's also an associate professor in the Medical College of Wisconsin's Departments of Surgery, Psychiatry, and Institute for Health and Society.

Froedtert is one of only a few hospitals in the country that screen trauma patients for PTSD symptoms.

The program started about 11 years ago, when clinicians realized patients didn’t automatically begin healing when their surgeries were finished, and they were discharged.

"They all share this experience where kind of out of the blue where something kind of very intense and sometimes life threatening happens to them and sometimes distress follows," deRoon-Cassini said. 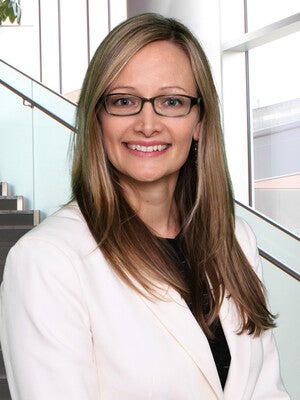 The man who tried to kill Riehle was charged with first-degree intentional homicide and sentenced to 43 years in prison.

Riehle saw deRoon-Cassini weekly after her attack, then monthly.

The hospital still has her case open, in case she wants to start dating again. But she's not ready for that.

"I always find excuses not to," Riehle said.

Riehle left Milwaukee to be closer to her dad in Appleton. She said her three young children are thriving and, she's happy.

"I am very fortunate that I still have a positive attitude," Riehle said.

Froedtert treats about 5,000 trauma patients a year. deRoon-Cassini's team sees about 40 percent of those patients. Treatment ranges from one visit to longer-term care.

"Especially if you consider someone who has been shot in their own neighborhood or even in their own home," she said. "So there is another element that they are focused on besides their recovery, but restoring a sense of safety."

Reggie Moore heads the Milwaukee Office of Violence Prevention and said violence doesn't only affect the individual who was harmed but the entire community.

"In many cases violence can shake it to the core," Moore said. "The sense of safety and the sense of normalcy a community can have, and under no circumstances should violence ever become the norm."

The idea is to treat violence as a public health problem, both before it happens, and after.