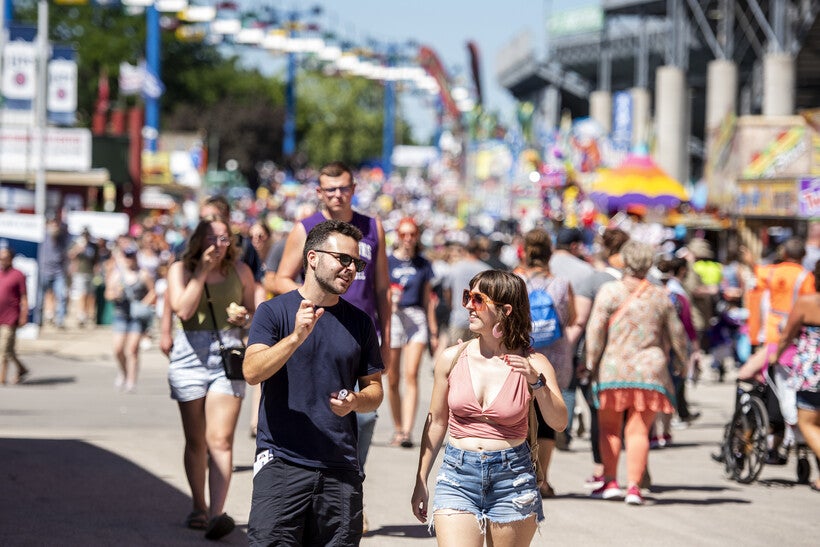 For 11 days, some 1M visitors will fill up on cheese curds, cream puffs and enjoy shows and contests
By Leah Treidler
Share:

The Wisconsin State Fair kicked off Thursday with its famous cream puffs, goat and pig shows and fried foods galore.

Since its inception in 1851, the fair has grown to attract over 1 million people during its 11-day run.

On a hot, sunny first day, thousands wandered the aisles, passing stalls with beer, cotton candy and corn dogs. The WonderFair Wheel towered over the crowd, smells of manure wafted from barn doors, and visitors watched from above on the multi-colored SkyGlider. Live music blared from stages spread throughout the nearly 200-acre park. 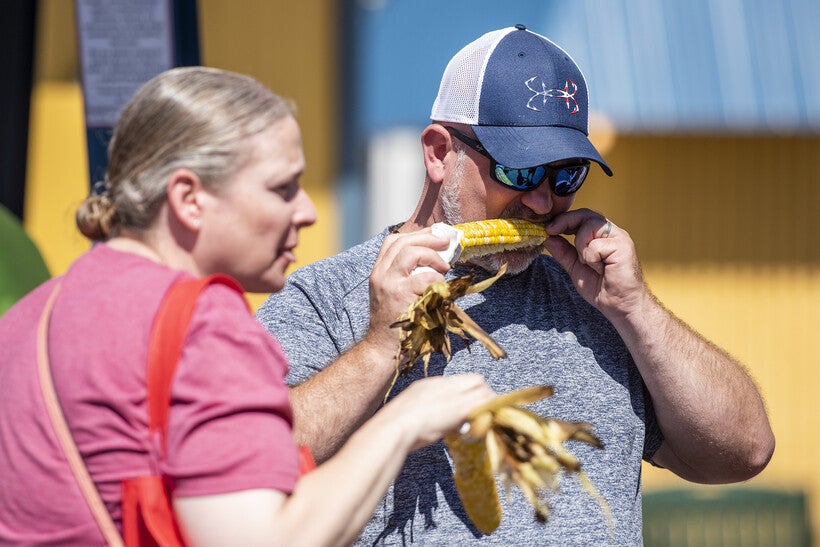 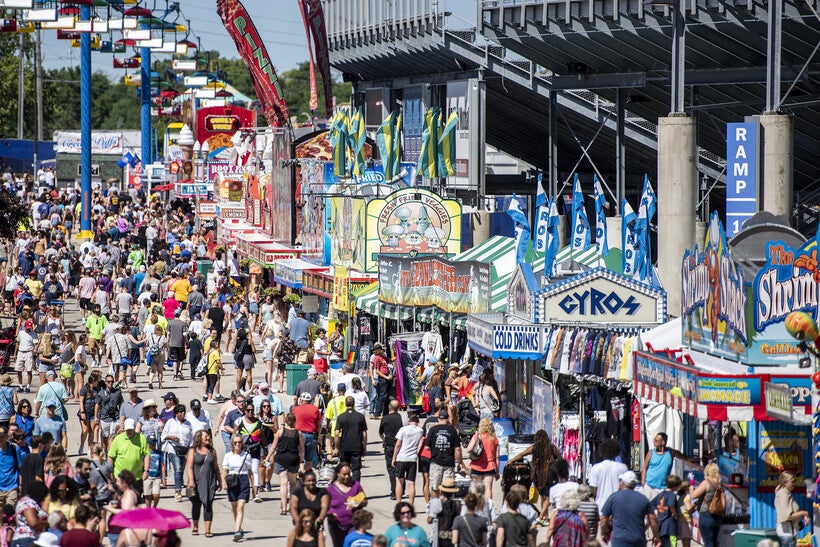 Seventy-six-year-old Alice Kieren, a Fox Point resident, has been going to the fair most of her life. Growing up, she'd walk over a mile with her mom and sister to catch the bus to the streetcar to the fair.

This year, she's back with her son, Sam Reed, who flew from Texas to go to the fair and fill up on Wisconsin cheese curds, which he said shine in comparison to the ones he’s tried in Texas.

Among the many exhibits, animals and food stalls, Kieren’s favorite stop is the Exposition Center, where vendors fill the 200,000-square-foot space with candles, art and other goods.

"I always get a kick out of it," Kieren said. "You know, with people hawking their wares." 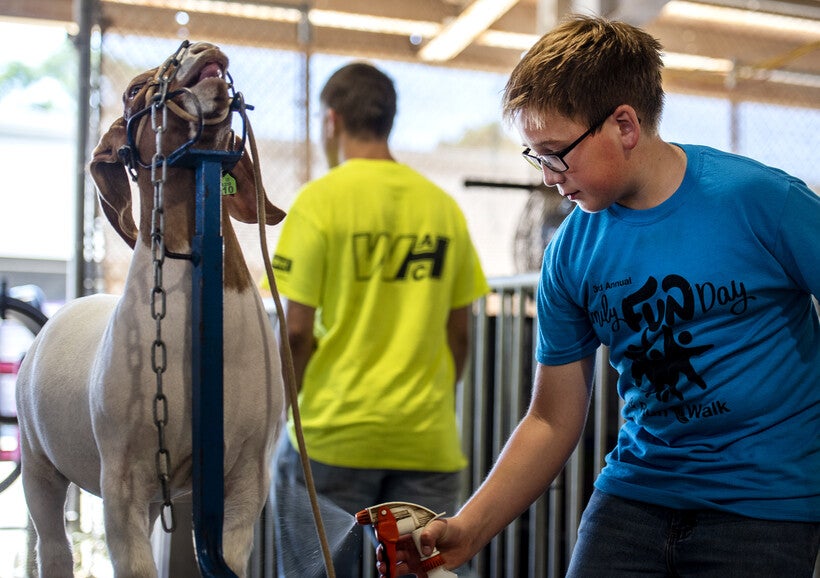 Jonathan Robinson, a member of Iowa County 4-H, cleans up his goat after showing it at the Wisconsin State Fair on Thursday, Aug. 4, 2022, in West Allis, Wis. Angela Major/WPR

Fifteen-year-old Brinna Goplin is newer to the fair, but this is her fourth time in the show ring. Goplin drove over 200 miles from her home in Whitehall with her three 120-pound pigs to compete. But for Goplin, it’s not about winning.

"Even if you don't do well, it's just cool to be able to show the same ring as other people," she said. 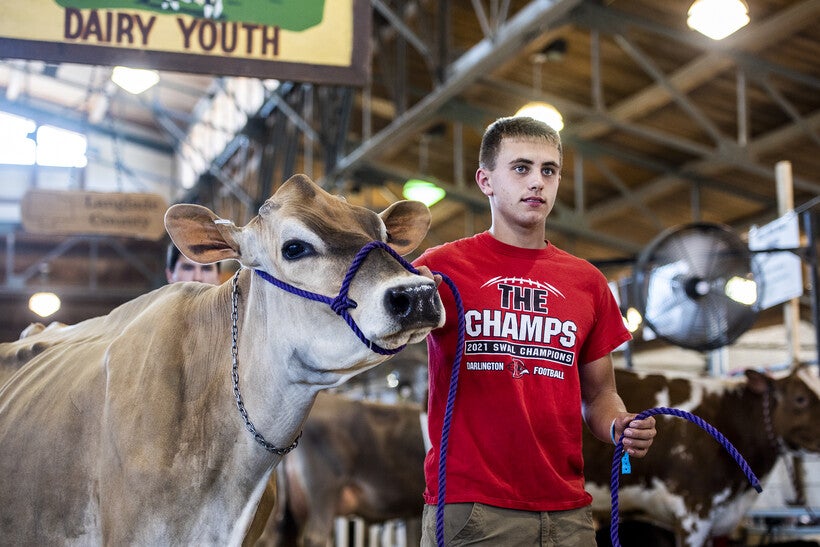 "It's been quite a few years since I've been back," he said. "But it's great to be back, without a doubt."

Unlike Neelsen, this year is his daughter’s first time at the fair and her first taste of the iconic state fair cream puff. Her favorite part, though, is watching the cows.

The fair runs until Aug. 14 at the Wisconsin State Fair Park in West Allis. 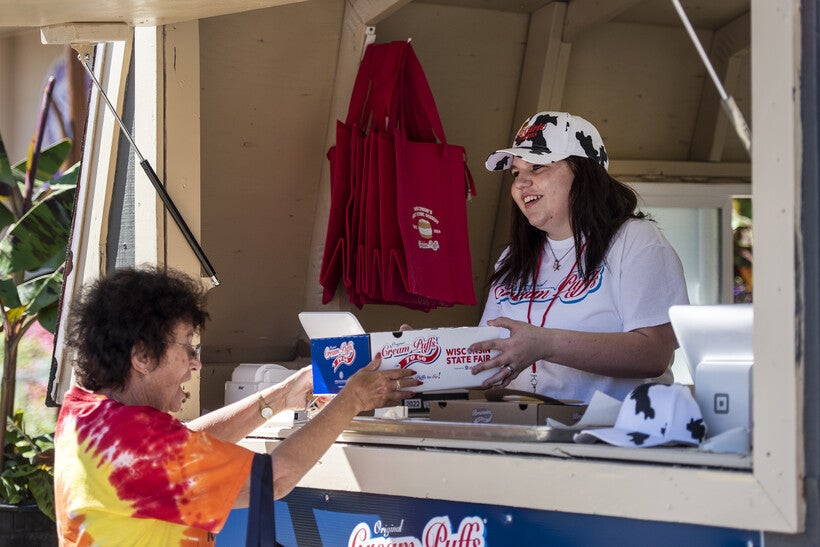