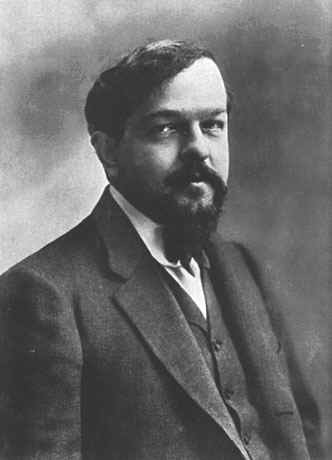 It was a well-to-do Russian household, but one inclined toward pessimism and boredom, and the young French visitor was just what the doctor ordered. But it took awhile for the lady of the house to warm to Claude Debussy.

In 1880 Debussy's teacher wrote him a letter of recommendation for employment in the household of a widow named Madame Nadezhda von Meck, who was already the patroness of Tchaikovsky, whom she had never met.

In the summer of 1880 the eighteen-year-old Debussy joined the von Meck family for a European tour, and in May of the following year, von Meck wrote to Tchaikovsky from her estate in the Ukraine: "My little Frenchman is very eager to come here. I won't have the heart to turn him down even though I already have a pianist."

Once he arrived at the von Meck household, it took awhile for Nadezhda to be won over by him. In a letter to Tchaikovsky she praised Debussy's sight-reading, adding that he was quite taken with the music of Tchaikovsky. She and Debussy played piano four hands versions of Tchaikovsky's Fourth Symphony and Orchestral Suite Number 1.

His personality had something to do with Debussy finding acceptance with the von Meck family. In August of 1882, Nadezhda wrote again to Tchaikovsky: 'Yesterday my favorite Achille Debussy arrived to my great joy, Now I'll have plenty of music, and he brightens up the whole house. He's a Parisian from top to toe, very witty, and mimics Gounod, Thomas, and others very amusingly. He is so good-natured and content with everything and entertains everyone so much."

Von Meck's son Nicholas referred to "the little Frenchman...dark, slender, and sarcastic," who gave everybody funny nicknames. He called the plump tutor "the little vacationing hippopotamus." In appreciation of his clowning, the family dubbed Debussy "Petrouchka."

The teenaged Claude Debussy had finally become a hit with his host family.