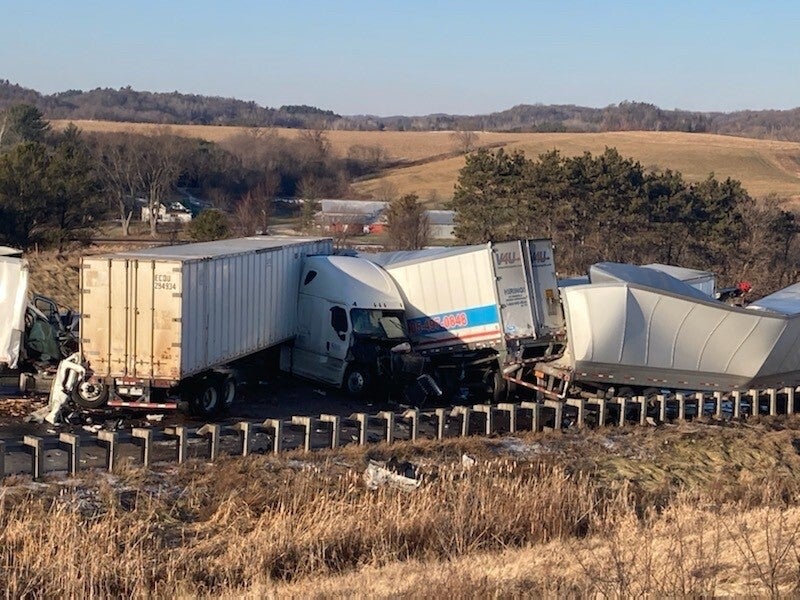 Freezing rain leads to I-94 crash involving around 40 vehicles

Freezing rain in parts of western Wisconsin caused an early morning crash involving around 40 vehicles along Interstate 94 between Black River Falls and Osseo in Jackson County.

The crash on Thursday morning involved a semi that caught on fire with two passenger vehicles underneath it. The Wisconsin State Patrol said around 40 vehicles were in the vicinity of the crashm but no fatalities or injuries have been reported.

A press release from Wisconsin State Patrol Lt.Tim Weiberg states that at 5:45 a.m., a crash occurred on eastbound and westbound lanes of the highway near the Village of Hixton, which is 10 miles northwest of Black River Falls. 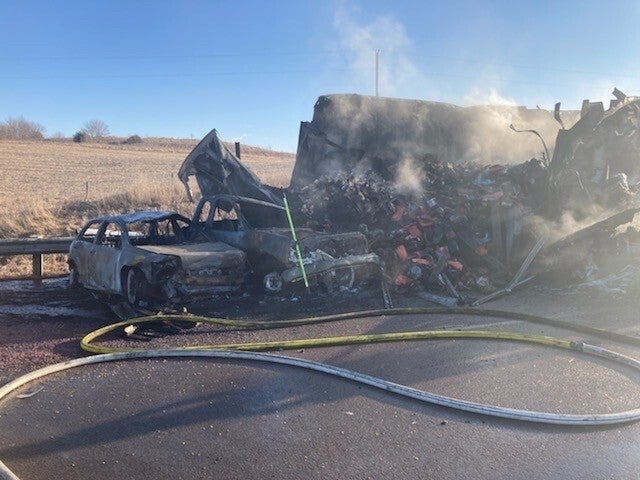 "Upon arrival a semi unit was in the median on fire with two passenger vehicles underneath," the statement says. "Several secondary crashes and run-offs occurred in the general vicinity. Passengers of these vehicles are being transported by bus to an alternate safe location. At this time, both eastbound and westbound lanes of I-94 are closed and a re-route has been established."

The release said freezing rain fell along the interstate corridor between Menomonie and Black River Falls that caused emergency services to respond to "multiple crashes, run-offs and jack-knifed semi units."

Tyler Hasenstein, a meteorologist with the National Weather Service office in the Twin Cities, said forecasters issued messages about a small weather system entering the area just after midnight Thursday. He said because it was a clear night with low temperatures, the ground was colder than the air above it.

"The ground temperature was really the thing here," said Hasenstein. "Because if you look even 500 feet off the surface of the ground, you're above freezing at that point."

Hasenstein said there's a slight chance for freezing drizzle Christmas Eve morning in parts of western Wisconsin, but overnight temperatures will be warmer and impacts should be minimal.

He said drivers in northern Wisconsin and northern Minnesota could see some snow falling on Dec. 26.