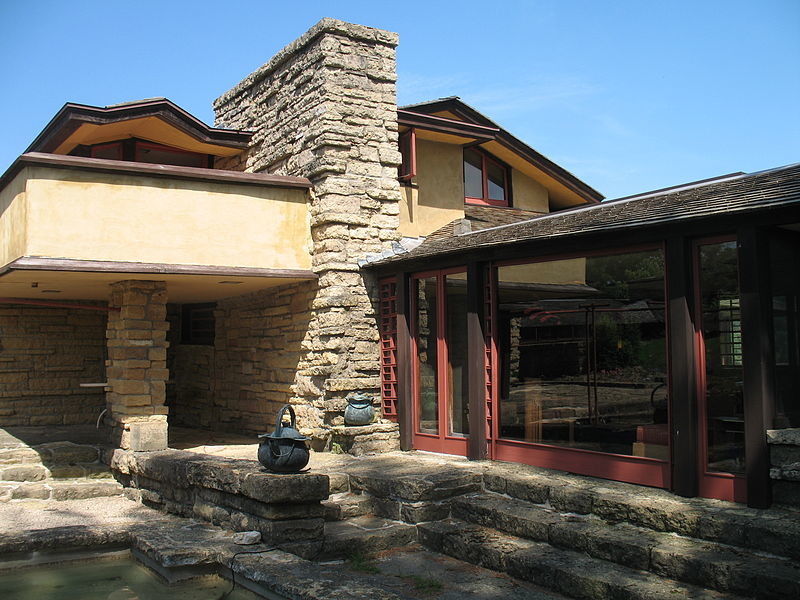 Taliesin, the estate in Spring Green that Frank Lloyd Wright called his home for many years. Marc Heiden (CC-BY-SA)

Despite Calling New York City A 'Prison,' Wright Likely Wouldn't Be The Famed Architect He Is Today Without It
By Mary Kate McCoy
Share:

Yet Wright wouldn’t be the figure he’s remembered as today without New York — even despite professing the city a "prison" and "an incongruous mantrap," argues Anthony Alofsin, author of "Wright and New York."

"There's a long tradition of people complaining about New York, from Herman Melville ... to poets, artists and so forth throughout the 1920s," he said. "People love to complain about the city, but were irretrievably drawn to it at the same time."

While the feelings between them may not exactly have been mutual, New York picked Wright up when he was low, and helped him become one of the most recognizable architects in the world, Alofsin said.

But in the mid-1920s, Wright was at a low point, both personally and professionally, he said. Wright spent more and more time in New York during this time — fleeing his estranged wife.

"He was married to one woman, fell in love with another woman, got her pregnant — this was the woman who became his third wife, Olgivanna," Alofsin said. "When the wife, who he was connected to discovered this, all hell broke loose."

Wright was a colorful character, and the subject of many tabloid stories in his time. New York offered a refuge.

But it also offered two projects that would resurrect his career: a cathedral and an apartment building with connections to the literary world.

"When he began to spend time there, one of his oldest and most important friends ... was a minister named William Norman Guthrie," Alofsin said. "Guthrie commissioned Wright for two extraordinary projects, and that began to give Wright hope that there was a way out of his problems."

Those projects connected Wright with a circle of designers and modernists who promoted his work, and he began publishing numerous articles in Architectural Record, one of the leading professional journals of the time.

"So suddenly, instead of being a pariah, he's asked to give lectures at Princeton University and he's feted by professionals in New York," Alofsin said. "By 1930, his reputation is on the rise just when the depression hits and is making many other architects retreat and fall back."

There’s no denying that New York City stood in contrast to the ideal style of countryside living Wright is known for promoting. He often used the city as a counterpoint to that ideal.

"Wright was a guy who was loaded with bluster and rhetoric, and he began to use the city as a kind of whipping boy, as a kind of counterpoint," Alofsin said.

But in the end, Wright was far from alone in expressing his attitudes toward the city, while at the same time enjoying it immensely, he said.

"Wright always wanted to present himself as absolutely unique," Alofsin said. "But in a way, he was part of a big, long American tradition." 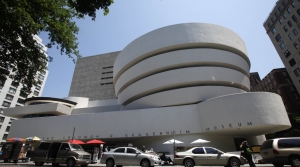 One wouldn't call groundbreaking architect Frank Lloyd Wright New York City's biggest fan, but the city helped catapult Wright to stardom. We talk to an architect and historian about the relationship between the Wisconsin architect and NYC.