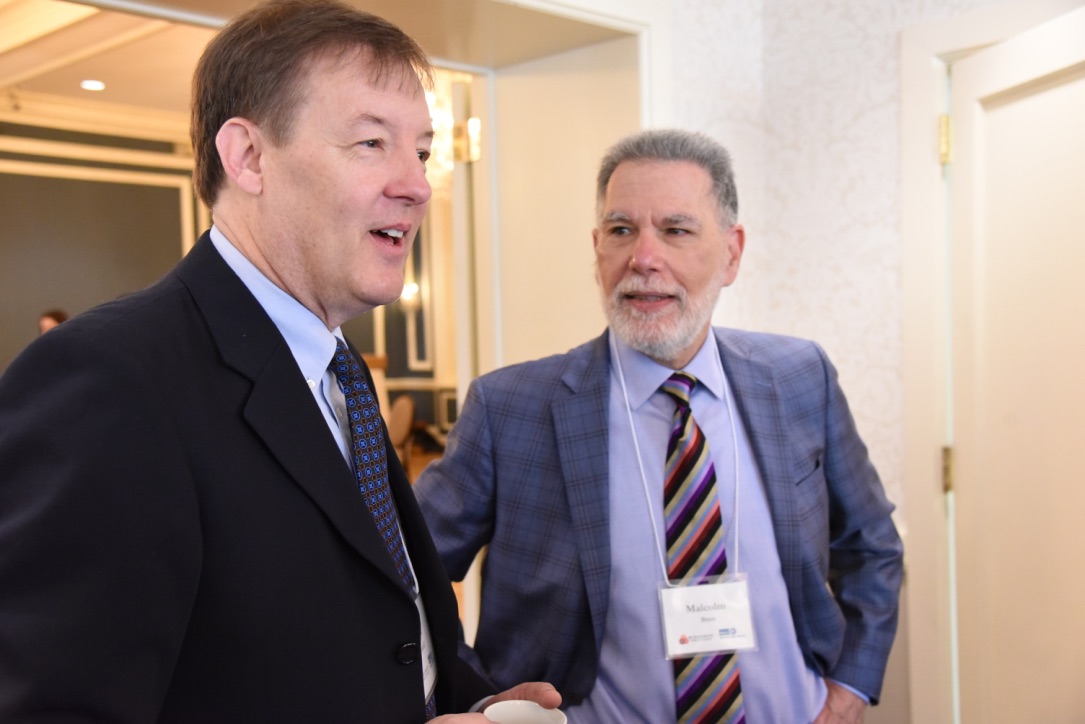 Wisconsin Public Media and the Educational Communications Board joined broadcasters from around the state to celebrate the life and career of former WPM Director Gene Purcell who was one of four people inducted into the Wisconsin Broadcasters Association Hall of Fame on June 23, 2022. Purcell was a longtime WPR reporter, regional manager, and former director of the ECB before becoming director of WPM at UW-Madison in 2018. He was killed in a traffic collision in August 2021.

The WBA Hall of Fame was established in 1989 to recognize “exemplary leadership in community and statewide service as a broadcast professional.” In honoring Purcell, the WBA said “[his] sensibility and mild temperament exemplified the spirit of public broadcasting in Wisconsin. He was admired for his leadership and those who met him always felt heard, valued, and befriended.” It’s fitting that this year’s ceremony took place in La Crosse, where Purcell started his career as a student broadcaster at WLSU.

“This is a well-deserved honor,” ECB Executive Director Marta Bechtol said. “Gene could do it all - he was a terrific reporter, a thoughtful leader and a dear friend. The circumstances of his induction are bittersweet but it means a lot to us, his colleagues, to see him recognized.” Purcell will also be honored with a station naming — the FCC has approved the call letters for a planned Wisconsin Public Radio station, WEPP, serving the Rice Lake area. The station was named using Purcell’s initials, his full name was Eugene Patrick Purcell.

Purcell’s leadership shaped and informed nearly all aspects of Wisconsin’s public media landscape across his career. He was named director of WPM at the beginning of its administrative transition to UW-Madison from the University of Wisconsin-Extension in 2018 and developed the strong foundational relationships to ensure WPM’s continued success in its new home. During his tenure at WPM and ECB, Purcell served in leadership roles for the National Educational Telecommunications Association, the WBA and the University Licensee Association.

“Gene loved Wisconsin and believed deeply in the mission of public broadcasting,” WPM Interim Director Heather Reese said. “Whether he was reporting from La Crosse early in his career, mentoring colleagues new to public media, or helping ensure people throughout the state could access our radio, television and digital services later in his career, Gene always focused on serving Wisconsinites. All of us are grateful for the time we had with him and the lessons he taught us.”

A video tribute to Purcell is available for viewing on the hall of fame website here.