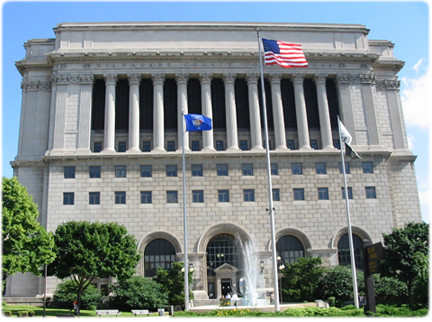 Another of Scott Walker's former Milwaukee County aides could be going to prison after pleading guilty to a felony.

Longtime Republican activist Tim Russell had been charged with two felonies and one misdemeanor in connection with alleged thefts, including more than $20,000 from a group that raises money for veterans. As Milwaukee County Executive, Scott Walker had appointed Russell to run the non-profit organization, after Russell earlier served as Walker's deputy chief of staff.

Under terms of an agreement with prosecutors, Russell has pleaded guilty to the veterans-related felony. The other charges will be dismissed. Milwaukee County Judge David Hansher laid out the possible consequences for Russell.

"I could sentence you to 10 years in the Wisconsin state prison," Judge Hansher said. "Yes, your honor," Russell replied.

Milwaukee County prosecutors are only asking that Russell get two and a half years behind bars, followed by 30 months extended supervision, plus making Russell pay back about $28,000. Russell's attorney Parker Mathers read a brief statement to the media, "In entering this agreement my client look forward to bringing thus matter to a close."

Tim Russell will be sentenced in January. State Democrats say that if Mathers is correct and Russell doesn't have to testify in other John Doe cases, Governor Walker should answer 17 more questions about the Doe investigation.