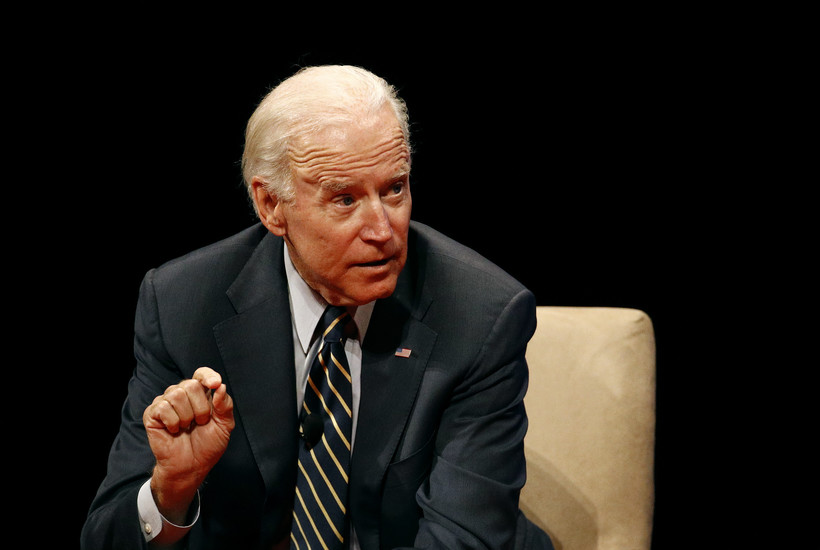 Former Vice President Joe Biden participates in a discussion on bridging political and partisan divides with Ohio Gov. John Kasich at the University of Delaware in Newark, Del., Tuesday, Oct. 17, 2017.

Biden is promoting "Promise Me, Dad: A Year of Hope, Hardship and Purpose," a book he's written that honors his late son, Beau. But with prompting from a fellow Democrat, former Wisconsin Gov. Jim Doyle, who interviewed Biden on stage, the former vice president also talked about the current Republican occupant of the White House.

"I recognize ignorance when I see it," Biden said.

Biden also took on Trump's threat to deport immigrants illegally brought to the United States as children, saying the young people are needed here as workers, and that sending them away would be like "cutting your nose off to spite your face."

Biden's tour is called "American Promise," so he also said he's more optimistic now than ever. He said the U.S. "owns the 21st century" with the nation's energy production, productive workforce and research universities like the University of Wisconsin-Madison.

He also praised the #MeToo movement for highlighting sexual abuse against women.

The news media were not allowed to record the remarks at the Riverside Theater.