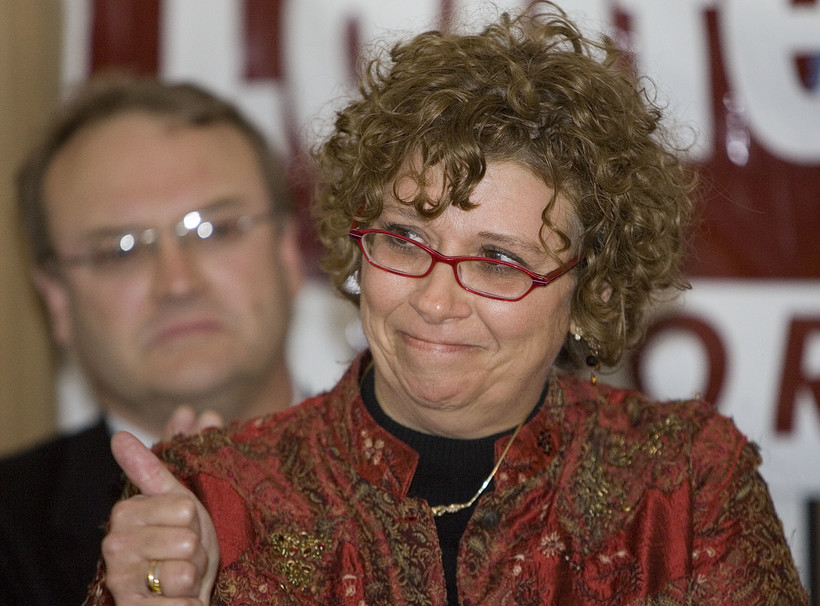 Lautenschlager Was First Woman To Hold Position In Wisconsin
By Jenny Peek
Share:

Former Wisconsin Attorney General Peg Lautenschlager has died, according to a news release from Assembly Minority Leader Gordon Hintz, D-Oshkosh. The Capital Times reported she died from cancer and was 62.

Lautenschlager was elected as the first female attorney general in Wisconsin history in 2002. She served in the position from 2003 to 2007.

Early Saturday morning, Hintz released the following statement after learning about her death:

It was with great sadness that I learned of the passing of my friend, Peg Lautenschlager. Peg was a friend, mentor and an inspiring public servant who never lost sight of her advocacy for the people. Her strength, tenacity, and kindness were evident in her nearly 30 years of public service. She worked tirelessly for the people of northeast Wisconsin and then all of Wisconsin, and championed our values.

Apparently I knew Peg since I was a toddler, because she reminded me and everyone else in the room every single time we were together. As a friend, Peg always took the time to listen and provide feedback and was the same person in public as she was in private. Peg was so down-to-earth and real, it could be easy for some to overlook how brilliant she was. I will carry with me the lessons I learned from Peg throughout my career. Wisconsin has lost a giant and she will be dearly missed. My deepest condolences to her family during this difficult time.

Throughout her career, Lautenschlager held a variety of positions in state and local government.

Lautenschlager served as the first woman district attorney in Winnebago County from 1985 to 1988. She was then elected to the state Assembly in 1988, serving until 1993. After that, she worked as the U.S. attorney for the Western District of Wisconsin, and eventually became the state's attorney general.

Following the news of Lautenschlager's death, several Democrats across the state released statements about the former attorney general.

"It is with a heavy heart that I learned of the passing of Peg," Senate Minority Leader Jennifer Shilling, D-La Crosse, said in a statement. "She was a trailblazer for many women in Wisconsin politics, a loyal friend and true blue Democrat. Peg was a trusted political mentor to many and was always willing to lend her insight, advice and enthusiasm to friends and family across the state."

Today we say farewell today to one of Wisconsin’s most dedicated grassroots progressives, for whom no work was too small or too big in her fight for justice, fairness and opportunity for all Wisconsinites. With great intellect, humor and compassion, Peg Lautenschlager served her neighbors, her home community of Fond du Lac and all of our state as our first woman to be elected Attorney General.

Last fall I was honored to present Peg with a lifetime achievement award for all the numerous ways she has served the people of our state--from her start as an attorney combating domestic abuse to her trailblazing roles in state government to her tireless advocacy for workers’ rights and government ethics, among so many other causes. Our theme for the October event where she received that award was “imagination, integrity and courage,” as these are virtues Peg Lautenschlager exemplified her entire career. She will be so fondly remembered and deeply missed.

Her son, Josh Kaul, is currently running against Republican Attorney General Brad Schimel for the position his mother once held.