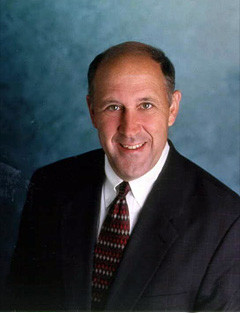 The high cost of health care in the U.S. compared to other countries is something many here want to change. A former Wisconsin governor who tried to improve access and care in the state says bringing down prices is not so easy to do.

In a frank speech before members of the State Bar, former Wisconsin Attorney General and Governor, Jim Doyle, talked about why he nixed state Democrat's plan for universal care and why the cost of health care is too high. "People say, 'We want to bring down costs.' Yes, that's right but at the same time, we are one of the major manufacturers of high-end medical equipment."

GE Medical has its headquarters in Wisconsin, and a number of other medical device manufacturers have plants in the state. "So we are benefited as a state when people do get those MRIs and CT scans. So, this is not a simple question. It is a complex economic question."

Presidential candidate Mitt Romney has criticized the fact that 18 percent of gross domestic product in the U.S. is spent on health care. Romney recently was in Israel where he praised how little that country spent on health care. Israel regulates its health care system aggressively and requires all residents to carry insurance. Doyle, who expanded Medicaid to more working poor while in office, says national health reform makes economic and moral sense. "As a country, have we made the decision that all Americans should have access to affordable--not free--but affordable health care? Or have we not made that decision?"

Doyle is national co-chair of Know Your Care, a group that supports the federal health law.