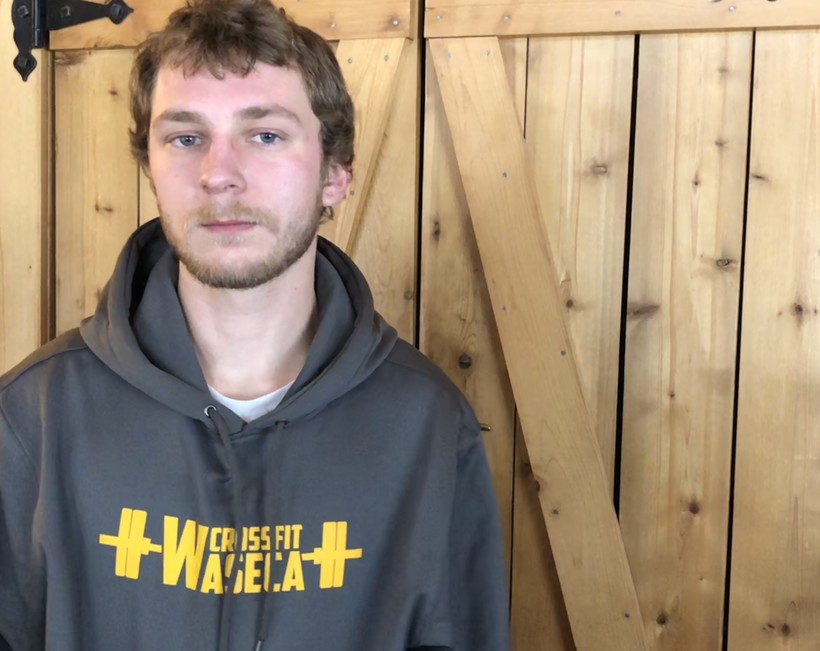 Fisher described Patterson as a person with morals who loved his dog Rosie and his parents. Danielle Kaeding/WPR

A former friend and classmate of the man accused of kidnapping 13-year-old Jayme Closs and killing her parents said Jake Patterson was introverted and kept to himself.

Dylan Fisher, of Minong, graduated high school with Patterson in 2015. Fisher said the two were friends throughout high school.

"He’s just like any other normal student. There are no red flags or anything like that that I could’ve seen at all. I’ve gone to his house once or twice. He’s come over to mine," Fisher, 22, said. "He's just like anyone else. So, hearing this, that he's the suspect and hearing his intentions, it's just surreal."

Fisher described Patterson as a person with morals who loved his dog Rosie and his parents. He said the 21-year-old suspect was smart and part of the quiz bowl team for Northwood School District in Minong.

"Just like anybody else, you could joke with him," Fisher said. "He was a human being."

But now, Fisher and his graduating class of 32 students are left with questions about the charges against Patterson. Patterson was charged Monday in Barron County Circuit Court with two counts of first-degree intentional homicide, one count of kidnapping and one count of armed burglary.

"I'm just glad she's safe. That's the happiest thing that probably could have come from this horrible situation is that Jayme Closs is safe," Fisher said. "I've seen everything I needed to see. He's going to face whatever he needs to face — whatever he’s accountable for."

Fisher said Patterson didn't want to keep in touch after graduation and had no social media accounts.

Northwood School District administrator Jean A. Serum said Monday it's difficult to imagine the district could have a connection in any way to Jayme's disappearance and escape.

"This whole thing is unimaginable," said Serum, who declined to comment further. She said school officials needed some time to process what's happened over the last few days since Jayme Closs escaped from her alleged kidnapper on Thursday.

Serum told The Associated Press that Patterson was a "quiet, good student" with "wonderful friends."

Kristin Kasinskas, one of the neighbors who helped Jayme to safety in after her escape, told the news agency that she didn't remember much about him despite having been Patterson's middle-school science teacher.

According to online court records, Patterson’s parents divorced in 2007. Fisher said his classmate seemed "disheartened" by the divorce and the path his brother had taken. Patterson’s older brother has a criminal record for possession of marijuana, bail jumping and fourth-degree sexual assault, according to The Associated Press.