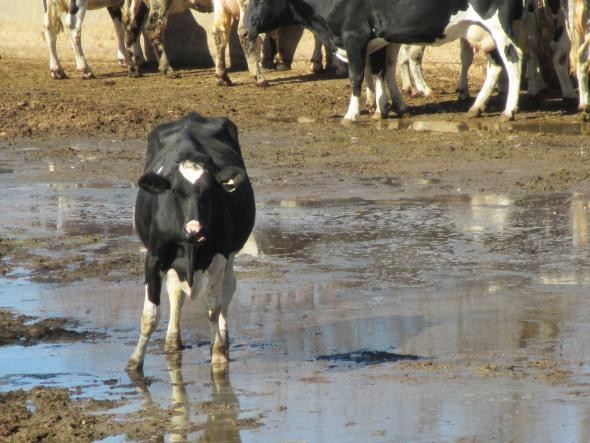 Reallocation Of Staff Not The Answer, He Says
By Breann Schossow
Share:

A legislative audit released earlier this month found the Wisconsin Department of Natural Resources failed to send violation notices to wastewater treatment plants 94 percent of the time over the past decade, according to reporting by Wisconsin Public Radio.

The report found that notices were sent for only 33 of the 558 instances and that staff hadn't been electronically recording submissions for required annual reports of concentrated animal feeding operations, or CAFOs.

What is most unsettling about the audit is the insufficient staffing to do the job, and the lack of policy direction from the top to enforce the laws, former DNR secretary and current Wisconsin Wildlife Federation President George Meyer said.

There would be a decline, due to the lack of staff, but then you reach almost zero in terms of penalties, Meyer said.

"That means there's not people out doing the inspections and taking enforcement actions and that's because of policy direction," he said.

The DNR plans to use a work analysis it's been conducting to move positions to areas that need it most, according to a June 22 Associated Press report. But Meyer said reallocation is not the answer.

"You can't just rob Peter to pay Paul in this kind of situation," he said. "You need to get additional staff in place, and the audit actually. Sen. (Robert) Cowles, who called for this audit, said he wants that … and has asked the DNR to come up with numbers for new staff."

The audit has validated what conservation and environmental groups have been saying, along with bringing a higher level of public knowledge and credibility of information to this, Meyer said.

"Sen. Cowles and others are watching this issue," he said. "I think there will be momentum to at least add to the positions, and we're just going to have to continue to push the agency to change its enforcement attitudes."

With an election coming up, Meyer said he is sure this will be "very visible" to the governor.