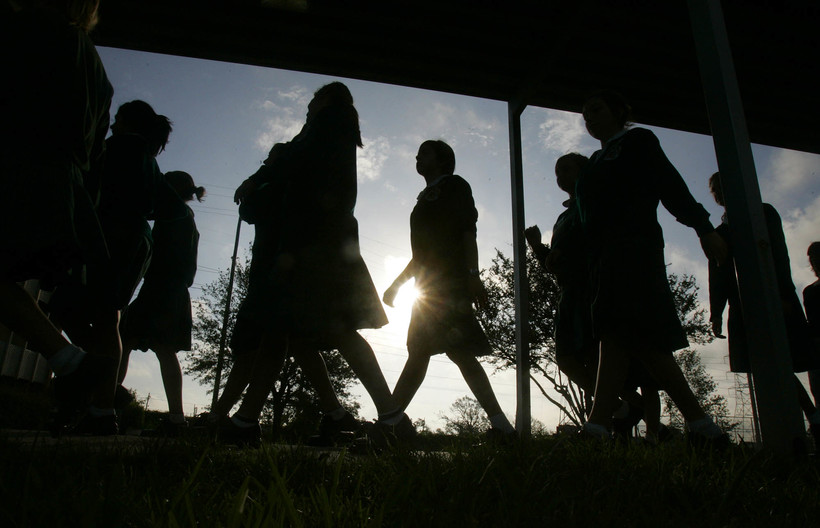 Forget What You Think You Know About Teens, They're Doing Fine

Teens today are rude. They don't get along with their parents. Risky behavior is inevitable.

Those popular myths about teenagers behaving badly — and many others — don’t hold up to the research, says Michael Axelrod, psychology professor at the University of Wisconsin-Eau Claire and author of the new book, "Great Myths of Adolescence."

"Many of the preconceived notions that we have about teenagers — that they're always irritable, that they're moody, that they're sex starved, that they're withdrawn, that they hate their parents — all of those things can be debunked by some strong empirical research," Axelrod said.

And not only are the myths mostly untrue, he said, they can also be harmful.

"I think what it does to teenagers is it creates a situation where adults in society don't have much empathy for teenagers," he said. "They don't make much room for teenagers to make mistakes and I think that can really be a problem from a developmental perspective."

But despite popular culture and the media's work in bolstering and confirming those negative stereotypes, overall, teens today are doing pretty well, he said.

Axelrod recently spoke with Wisconsin Public Radio’s "The Morning Show" host Kate Archer Kent about five myths about teenagers that stand out to him:

The end of adolescence can be interpreted in more than one way, but most commonly it’s broken down by four different markers, Axelrod said.

"There's all these different markers for when adolescence ends which really makes it complicated to put an end date or an end time to adolescence," Axelrod said. "Another part is ... the brain actually continues to develop well into adulthood ... and a lot of people have always felt that the brain stops developing when adolescence is over."

Researchers and scholars in developmental psychology today talk about an "extended adolescent" or "emerging adulthood" period to complete the picture, he said.

Axelrod hears this myth more than any other from parents, colleagues and educators — and studies back him up. Public opinion polls frequently find adults to have low opinions of teen behavior, often citing them as "disrespectful" and "irresponsible."

Those myths are perpetuated because people are more likely to believe stereotypes that support their opinions and ignore those that don’t, he said.

Successful Transition From Adolescence To Adulthood Means Detaching From Parents

"College freshmen actually report talking more to their parents about deeper issues than they did as high school students," Axelrod said. "It just I think illustrates how the relationship evolves."

Teens Multitask Better Than Parents Because Of Technology

"It's fiction," Axelrod said. "As we were researching that particular myth there's actually quite a lot of debate about whether multitasking itself exists."

Even when teen technology use is high, there is no evidence that they are better at multitasking than their parents, Axelrod said.

And many researchers now suggest that multitasking is more like quickly switching tasks, instead of actually doing two things at once, he said.

"There's a lot of research that suggests that that type of approach to tasks is not very productive," he said. "So that if you are doing two things at once ... you're actually going to be less productive at both those tasks."

School Violence Is On The Rise

Long-term data on school violence — including serious crimes like school homicides and assaults, along with minor school crimes like theft — has been declining since the 1980s, Axelrod said.

"The media portrays schools as quite dangerous, but yet you're 173 times more likely to have a crime committed against you in your home than you are at school," he said.

Looking At - And Debunking - Myths About Teenagers 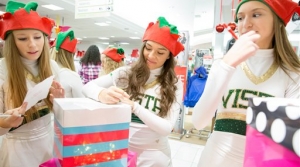 For some, there's a sense that teenagers these days are badly behaved, and don't meet the standards set by generations before them. That stereotype, according to a guest psychologist, is incorrect. Join us as we consider and debunk myths about adolescence using the latest scientific research.