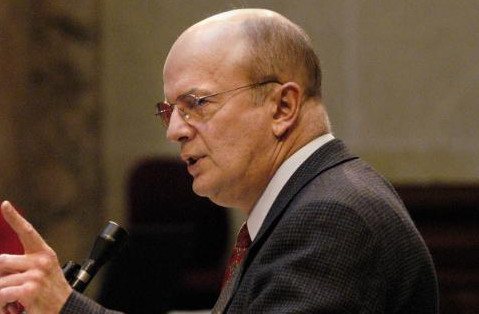 Democrats are again asking Republicans to delay a vote on the budget of the Wisconsin Economic Development Corporation.

This time, it's after the agency's spokesman has resigned because of unpaid back taxes.

WKOW-TV in Madison first reported on the resignation of John Gillespie, who was hired by Wisconsin's troubled economic development agency to try and improve its public image. It follows a recent audit that found the agency known as WEDC did not have any means of tracking delinquent loans, did not have the required paperwork on more than half of its awards, and in some cases, awarded grants in violation of state law.

It also follows news that WEDC's chief financial officer resigned the day after taking his job. Sen. Julie Lassa (D-Steven's Point), who sits on the board of WEDC, says the agency was guilty of violating the public trust. "I do believe that this is really their last chance to get things right."

Sen. Robert Wirch (D-Kenosha) said WEDC had mismanaged millions of taxpayer dollars: "All indications are that WEDC is a financial train wreck out there, and we should not be voting on giving them more money on Thursday."

Assembly Speaker Robin Vos (R-Burlington) said he favored moving ahead with that vote, saying if reforms of WEDC were needed they could occur later in the budget process. He called the resignation of the agency's spokesman "an embarrassing situation," but Vos says the economic development director in his district thinks WEDC is "light years ahead" of the old Wisconsin Department of Commerce: "That's why freeing WEDC, at least from the perspective of my locals, seems to be accomplishing my goals."

Others may have more trepidation. Joint Finance Committee co-chair, Sen. Alberta Darling (R-River Hills), told her colleagues the decision on whether to move forward with Thursday's vote was under discussion. The full WEDC Board is scheduled to discuss the state audit tomorrow morning.