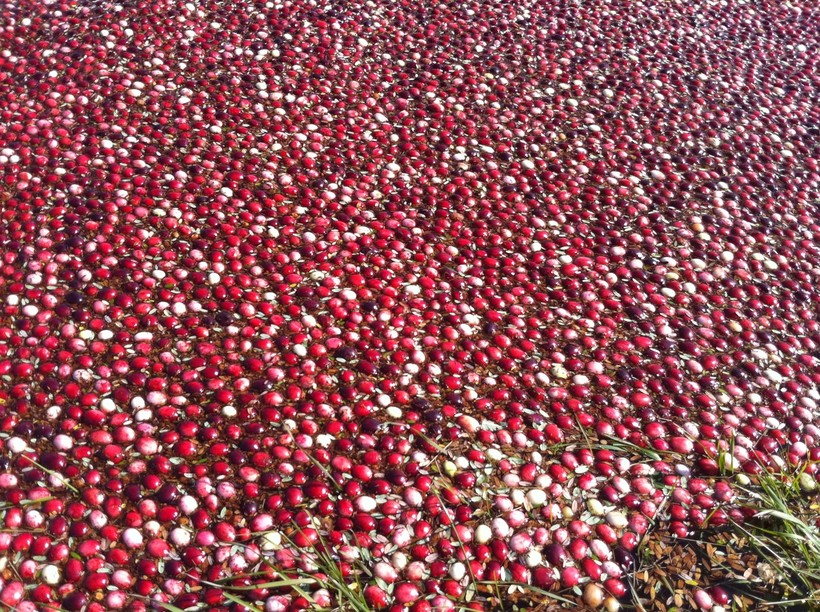 Following Record Crops, Wisconsin's Cranberry Harvest This Year Will Be Back To Normal

After a record cranberry harvest in 2013, Wisconsin growers are expecting to bring in 10 percent fewer berries this year.

The U.S. Department of Agriculture’s forecast for this year’s cranberry crop predicts 5.3 million barrels of fruit will be harvested in Wisconsin, a decrease of 10 percent compared with last year’s crop.

“The 2013 crop exceeded everybody’s projections by about 20 percent,” Lochner said. “We’re going off of a crop that was a record crop and one that we’ve never seen before in terms of yield and size in Wisconsin, and I think this year’s numbers are more typical of the type of crop that we grow here in Wisconsin.”

The USDA expects lower yields and smaller berries than last year, which Lochner said can be partially blamed on the record harvest.

Also, Lochner said this year’s weather has been cooler and less sunny, which can have a negative effect on crops.

“We’re a few days behind normal in terms of temperature and degree days and things like that, but I just think it’s a more typical crop for Wisconsin this year,” said Lochner. “I think yields are expected to be about 250 barrels per acre, which are pretty good.”

The USDA has predicted that while cranberry growers may not beat last year's record, they will still bring in 800,000 more barrels than they did in 2012.