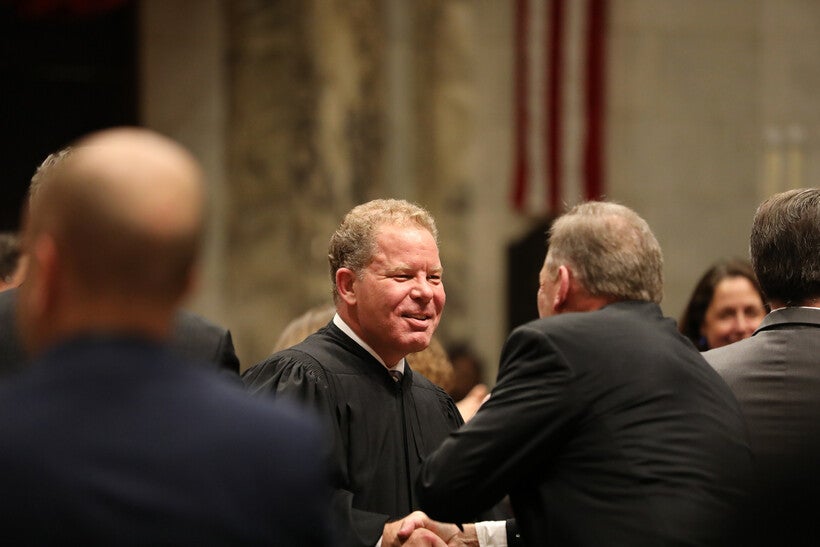 With his unsuccessful election now behind him, state Supreme Court Justice Daniel Kelly indicated Wednesday he may lift his recusal in a case that could purge up to 200,000 names from Wisconsin's voter list.

Kelly, who lost his bid for a 10-year term on the court to Judge Jill Karofsky, had initially recused himself from the case brought by the conservative Wisconsin Institute for Law and Liberty (WILL) because it could have affected his own election.

But in a brief order issued Wednesday, he told parties to the case that those circumstances had changed.

"The 2020 spring general election is now complete, so it appears the reason for my recusal from considering any aspect of this matter no longer obtains," Kelly wrote. "I issue this order to give the parties an opportunity to state their position on whether I should recuse myself from considering the pending petition for review."

The case stems from a lawsuit brought last year by WILL. At issue are more than 200,000 people who were flagged as having potentially moved by a multi-state system that compares registration data to records from other government agencies, like state departments of motor vehicles.

WILL appealed that ruling to the Wisconsin Supreme Court, where Kelly might join other justices to hear the case this time around.

Kelly gave parties involved in the case until Wednesday, April 22 to weigh in on whether or not he should hear the case, but the ultimate decision rests with him.

Kelly has a history with WILL, having served briefly on the group's litigation advisory board about a decade ago. He said during his campaign that there was nothing wrong with him deciding cases for an organization he once advised.

"No, I don't think so," Kelly said in a March 11 interview with WPR. "Having been associated with an organization does not require that you forever afterwards recuse. It would be an awfully onerous requirement for the entire judicial system if that were true."