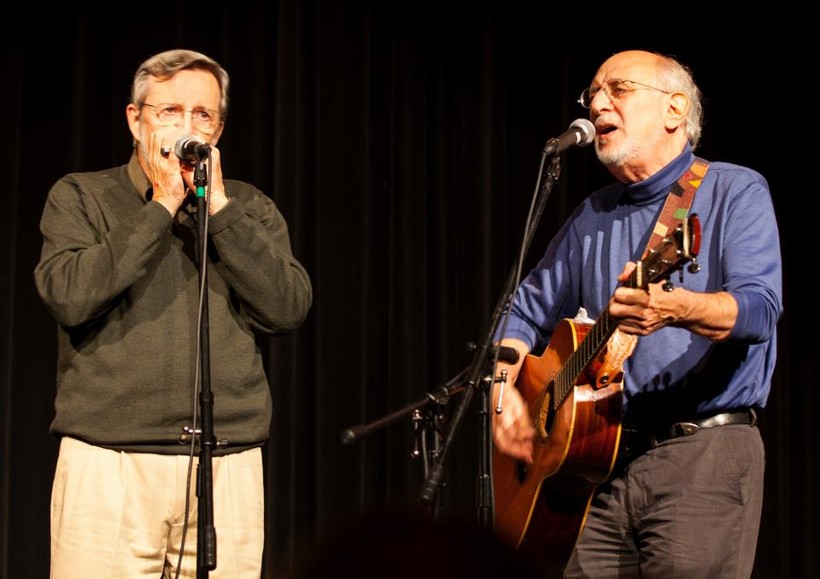 The Folk Harmonicist From Capitol Hill: Dave Obey To Play With Peter Yarrow

You've probably heard Peter Yarrow sing with Peter Paul and Mary. But you might not have heard the same tune played on harmonica by Dave Obey, the once-powerful chair of the House Appropriations Committee.

It's a different side of Dave Obey.

"The kind of music I like is Burl Ives, the Weavers with Pete Seeger and his people. I've played with the Chad Mitchell Trio, I've played with Nanci Griffith, Harry Belafonte, and a number of others."

Now, Dave Obey will perform with Peter Yarrow Thursday night at his alma mater, University of Wisconsin-Marathon County in Wausau. Obey says even he doesn't know what to expect.

"Well, that's up to Peter. When we were in Chippewa Falls, we practiced three songs. Then when he called me up on stage, the songs he decided to play were not the ones that we had practiced."

Thursday's concert will raise funds for a civic resource center to house Obey's congressional papers, and perhaps provide some inspiration.

"Young people who wonder: 'How do you get involved in politics? Is it worth it? How do I learn the ropes?' That's the kind of stuff I'd like students to be able to learn, and I'd also like to see them have an appreciation for the political history of the state."

If you're building a civic resource center, you might want to start with a hammer.