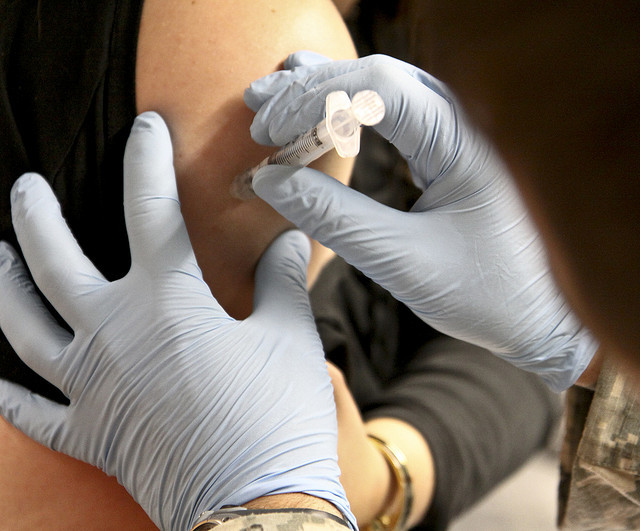 The DHS is strongly recommending anyone over the age of 6 months to get a flu shot. Photo: U.S. Army Corps of Engineers (CC-BY).

20 Hospitalizations Have Already Been Recorded By DHS
By Kristen Durst
Share:

The flu has officially hit Wisconsin early this year, according to the the state Department of Health Services.

The DHS says that 20 people have already been hospitalized due to influenza, which is a contagious respiratory disease.

“We've been tracking influenza hospitalizations since about 2009, since the pandemic, and we’ve not seen this number of cases this early ever,” said Thomas Haupt, the department’s Influenza Surveillance Coordinator. “Twenty hospitalizations since Oct. 1 is unusual, so that tells us that flu is circulating in the state.”

Flu season typically runs from late October to May. DHS said that peak activity is usually around late January to early February.

Haupt said the DHS is urging everyone age 6 months and older to get a flu shot. He said that it’s especially important for people 50 and older, those with underlying health conditions, and people who have frequent contact with young children to do so.