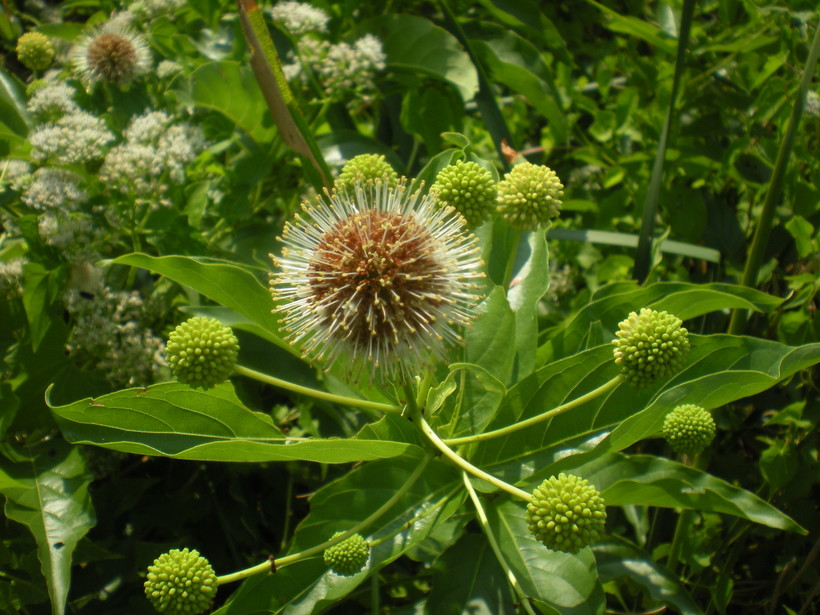 Annual and perennial flowers often get a lot of attention from gardeners, but when one considers the size and longevity of plants, woody ornamentals -- also known as trees, shrubs and evergreens, among others -- deserve as much care as can be given them, according to a University of Wisconsin-Madison horticulture expert.

Laura Jull, a professor and UW Extension specialist for woody ornamentals in the university's Department of Horticulture, said that woody ornamentals add interest to a landscape. And not surprisingly, she has recommendations for shrubs to include in a garden or yard.

A phone caller who identified himself as Richard from Huntley, Ill., asked about his Button Bush. This type turns out to be one of Jull’s favorites. She said it’s a native Wisconsin plant that likes wet soil, like along a stream bed, and it’s a large shrub.

"The flowers are so unique, they look like a satellite," she said. "They’re very bizarre. The pistils stick way out. And then as the fruit matures … it looks like Captain Crunch Berries. It’s bright pink and it’s round.”

She said the plant's leaf color is also striking because it is shiny and dark green.

Jull cautions those interested to make sure they have room for it. She said it can get as tall as 10 feet or more and 15 feet or more wide.

Some of Jull’s other favorite flowering shrubs are Palibin Lilac and Miss Kim Korean Lilac. She said that Japanese beetles leave lilacs alone, so besides their visual and scent appeal, they aren't susceptible to that particular pest.

One spirea that Jull said she particularly likes is Tor spirea. It’s a birchleaf spirea and blooms once a year, in the spring, with fall foliage of bright orange, maroon, and deep purple – sometimes all in the same plant.

Jull also recommends the Summer Wine and Little Devil varieties of Ninebark. The Little Devil was developed by Dr. David Zlesak, a professor of horticulture at the UW-River Falls. It is a variety of Wisconsin’s native Ninebark, but reduced in size. It has purple leaves, and is very drought tolerant.

If scent is a gardener's main goal, the Korean Spice Viburnum and again, all lilacs, are tough to beat, Jull said. Another good option is Sweet Autumn Clematis, which blooms in fall and is one of the easiest clematis to grow. And of course, old-fashioned roses have intoxicating fragrances.

Because trees and shrubs will likely be part of a landscape for many years, there are a few additional factors to consider. She said one is whether it will be near power lines. Madison Gas & Electric offers suggestions for choosing the right tree for a location.

In addition, the last thing a gardener wants to do is inadvertently introduce an invasive plant into a garden. She suggested a person check the Midwest Invasive Plant Network’s invasive plant control database before they plant something.