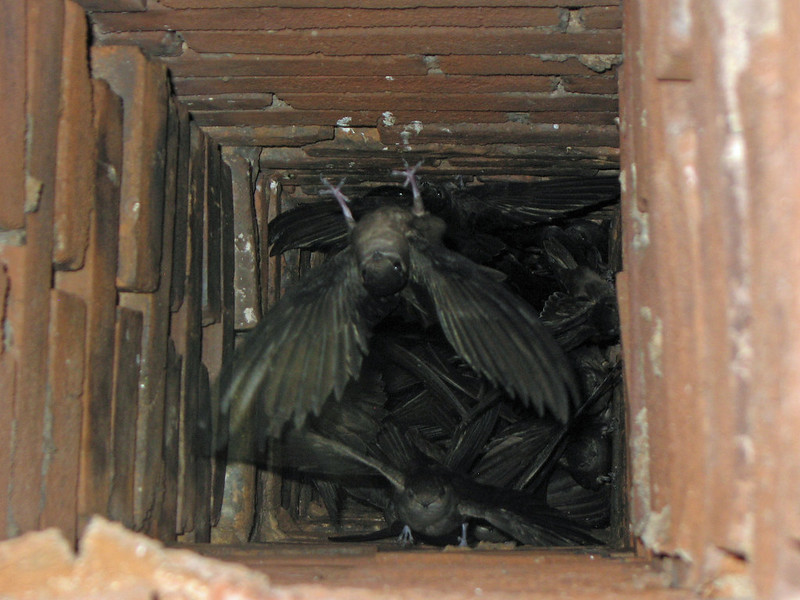 Fixing Chimneys, Helping The Swifts Who Live There Is Goal Of Possible Pilot Program

Chimney swifts that nest and roost in brick chimneys are on the decline, and conservationists are hoping to help them by supplying homeowners and property owners with funding to fix their chimneys.

Members of the Wisconsin Chimney Swift Working Group, who include biologists from the state Department of Natural Resources, have started an online survey to identify people whose chimneys house these acrobatic birds. The group's members hope that answers to the survey will inform a pilot program with a goal of keeping more of these chimneys intact.

"We're trying to find out if there are chimneys in Wisconsin that are being used by swifts that also need repairs," said Sandy Schwab, chair of the chimney swift working group. "Once we identify this need, then we are going to try to work with some funding sources and see if we can do some cost sharing."

Populations of chimney swifts have been declining in recent years, among other insect-eating birds.

"There are no definitive reasons identified yet for why this is, but the ongoing decline in insect populations is a major concern, and bird experts also know the removal of old chimneys or capping of them, is removing suitable nesting and roosting locations for these birds," Rich Staffen, a DNR natural heritage conservation biologist, said in a news release.

Schwab said oftentimes these swifts are mistaken for swallows or bats, because their behaviors set them apart from other birds.

"They don't perch like many of the common birds that we're accustomed to seeing," she said. Swifts spend most of their days flying, sometimes very high in the sky to catch insects. They can eat about a third of their body weight in insects each day.

They used to roost and nest in large, hollow trees like sycamores. But as early as the 1600s, they began to move to chimneys where they used their toes and stiff tail feathers to cling to the masonry walls.

"Masonry chimneys are wildlife habitat for these birds," Schwab said. "They're primarily dependent on our human structures for nesting and roosting."

The problem for these migratory birds is that many structures with masonry chimneys have been demolished or replaced by modernized HVAC systems that don't require chimneys.

These swifts face other challenges, too. There are dangers during migration, where one strong storm can take out thousands of swifts who fly together. Food resources are dwindling or changing with the insect die-off, and even swifts' wintering grounds in South America are being threatened with wildfires and rainforest destruction.

Schwab said that some conservationists found success in Texas by constructing free-standing towers there that swifts occupied. Similar efforts haven't been successful in the Midwest and scientists and others have speculated about why.

"They're used to living in our chimneys, and they may not be accepting of new structures that are unlike their usual habitat," Schwab said. "So that makes it all the more important for us to save the chimneys that we know are being used by the swifts."

Schwab said apart from filling out the survey, homeowners with swifts, or "swift landlords" as she nicknamed them, can help by keeping the chimneys open and having them cleaned every year, after the swifts leave in the fall and before they return in the spring.

The Swifts Behind A New Chimney Survey 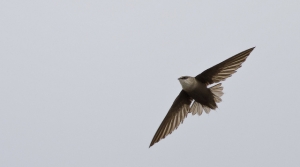 The chair of Wisconsin's Chimney Swift working group tells us about a new project to help develop habitat for the bird.