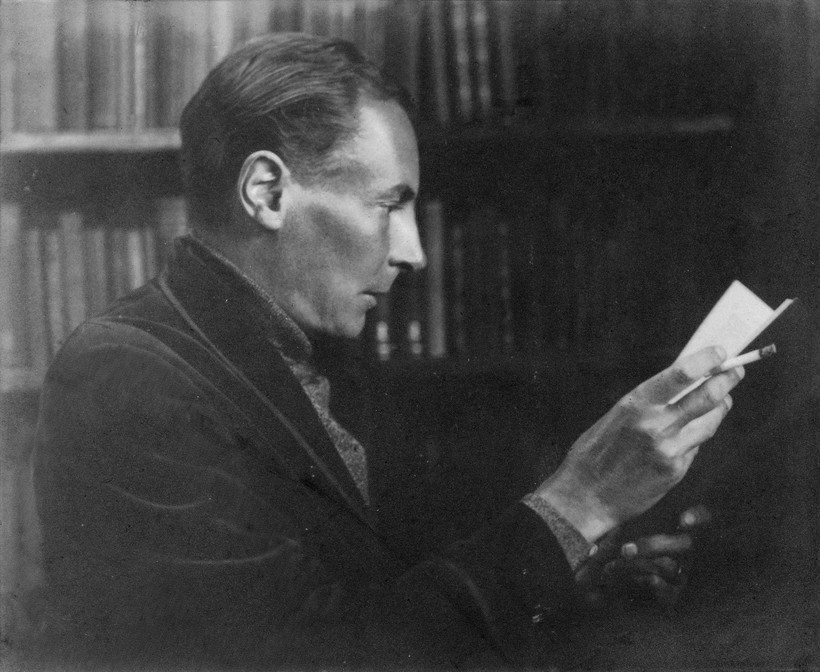 In the fall of 1913, when Robert Nichols was in his first term at Oxford, a friend said, "there's a chap in the house you ought to know. An extraordinary chap -- plays the pianola, the piano and all that. In fact, I think he's a what-d'you call it -- a musician."

Nichols was eager to meet someone his own age that shared his interest in music. He wanted to see the student at once, but his friend warned, "He might not be in the right mood." Nichols was not to be put off though, so even though his friend warned Nichols that the musician was a bit peculiar, they went to see him. They found him behind the sofa, looking downhearted.

"Go away," said the musician, whose name was Peter Heseltine. "I don't want to see you. Go away." Nichols saw a manuscript on the piano, settings of poetry by William Butler Yeats. He remarked proudly that he, too, was a poet.

Heseltine got up and asked him if he'd ever heard of Frederick Delius. "No," was the answer. "Who's he?"

"The greatest living composer," replied Heseltine, tucking away his manuscript while getting into a discussion about the merits of Delius. Nichols cajoled Heseltine into playing something by him and praised the harmonies as pleasantly unexpected.

"Well, Delius has developed all that," Heseltine said. He described the way Delius made one chord melt into another. Their conversation moved along nicely until a look of despair crossed Heseltine's face. Nichols asked what was the matter and learned that Heseltine was in the throes of unrequited love. Nichols confessed that he, too, was in love -- with a musician.

"At least she's an artist," Heseltine said, approving of Nichols' attachment all the more when he discovered that she was beautiful and played brilliantly.

Nichols would find that his first bumpy encounter with Philip Heseltine was typical of the man who would become well known as composer Peter Warlock.