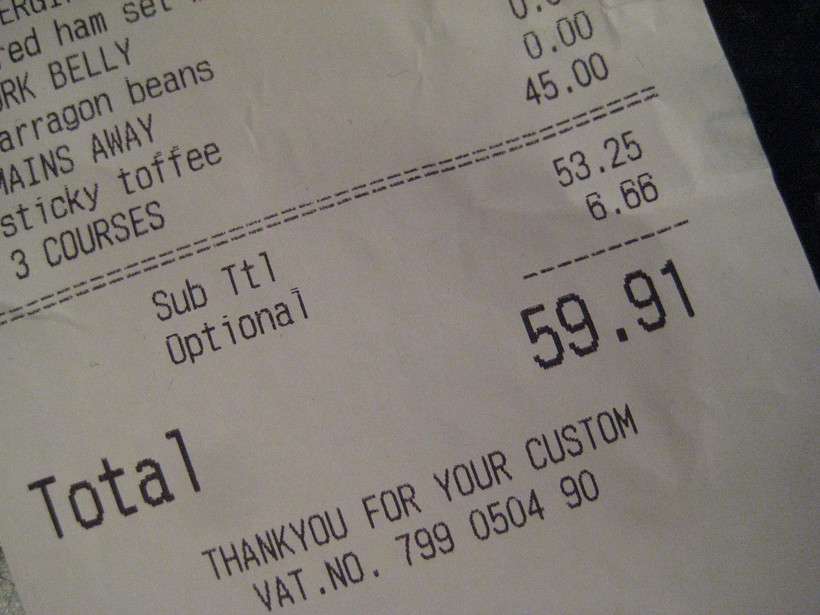 Financial Expert: Just Say No -- To Receipts, That Is

The next time you’re at a store and the clerk asks if you want the receipt, you may want to politely decline.

A recent article by Consumer Reports detailed a study from the Journal of the American Medical Association about how Bisphenol A (BPA) on printed receipts can be absorbed through the skin. While food is the top source of BPA exposure due to containers or cans containing BPA, the BPA used in thermal paper can easily rub off, the report says.

“There's more BPA in a single thermal paper receipt than the total amount that would leach out from a polycarbonate water bottle used for many years," said John Warner, Ph.D., president of the Warner Babcock Institute for Green Chemistry.

BPA has been linked to an increased risk of breast and prostate cancers, cardiovascular disease and reproductive and brain development abnormalities.

Eau Claire-based financial planner Kevin McKinley, of McKinley Money, said that people simply don’t need receipts for simple purchases like bottled water.  He also advised customers to check with the store to see if the receipt is necessary to return or exchange an item.

If some kind of proof of transaction is required, McKinley said to consider using a credit or debit card.

A phone equipped with a camera can also prove beneficial.

“What some people do is they have the clerk put the receipt down on the counter and they take a quick picture of it with the smartphone,” McKinley suggested.  “Again, as long as the store is okay using that as a verification of the purchase if you do need to return it, that’s OK as well.”

In addition, more and more stores are allowing receipts to be emailed to customers.

For those who prefer a printed receipt, McKinley said to handle it like a hazardous material.

“Have them put it in the bag and definitely not touching food like apples that you might be consuming, especially if you forget to wash it,” he recommended.  “Or, you might want to keep a Ziploc plastic bag in your purse or your pocket and have the clerk drop it in the bag and save it for later.”

Also, be sure to wash your hands as soon as possible after touching a receipt.

As for cashiers and others who have to handle the receipts, McKinley encouraged them to gently approach their bosses about a way to eliminate BPA from the process.

Otherwise, he said wearing cheap disposable gloves may be an option to keep skin from contacting BPA.

“And who knows?  Wearing the gloves might actually protect the cashiers and the customers from lots of germs that are floating around in those situations as well,” said McKinley.

Editor’s note: “On Your Money” can be heard each Tuesday at 8 a.m. on the Ideas Network of Wisconsin Public Radio.